Photos: Khushi Kapoor turns heads at the airport with her style as she twins with father Boney Kapoor

0
SHARES
1
VIEWS
Share on FacebookShare on Twitter
Khushi Kapoor has been hogging the limelight on social media for her style and looks. The star kid is yet to make her big Bollywood debut but she is already quite popular amongst the paparazzi and fans.

She was recently spotted at the airport with her father. Dressed in a stylish beige pantsuit, Khushi was seen twinning with her daddy dearest. The young diva was seen waving and posing for the paparazzi as she made her way past the shutterbugs with Boney Kapoor. 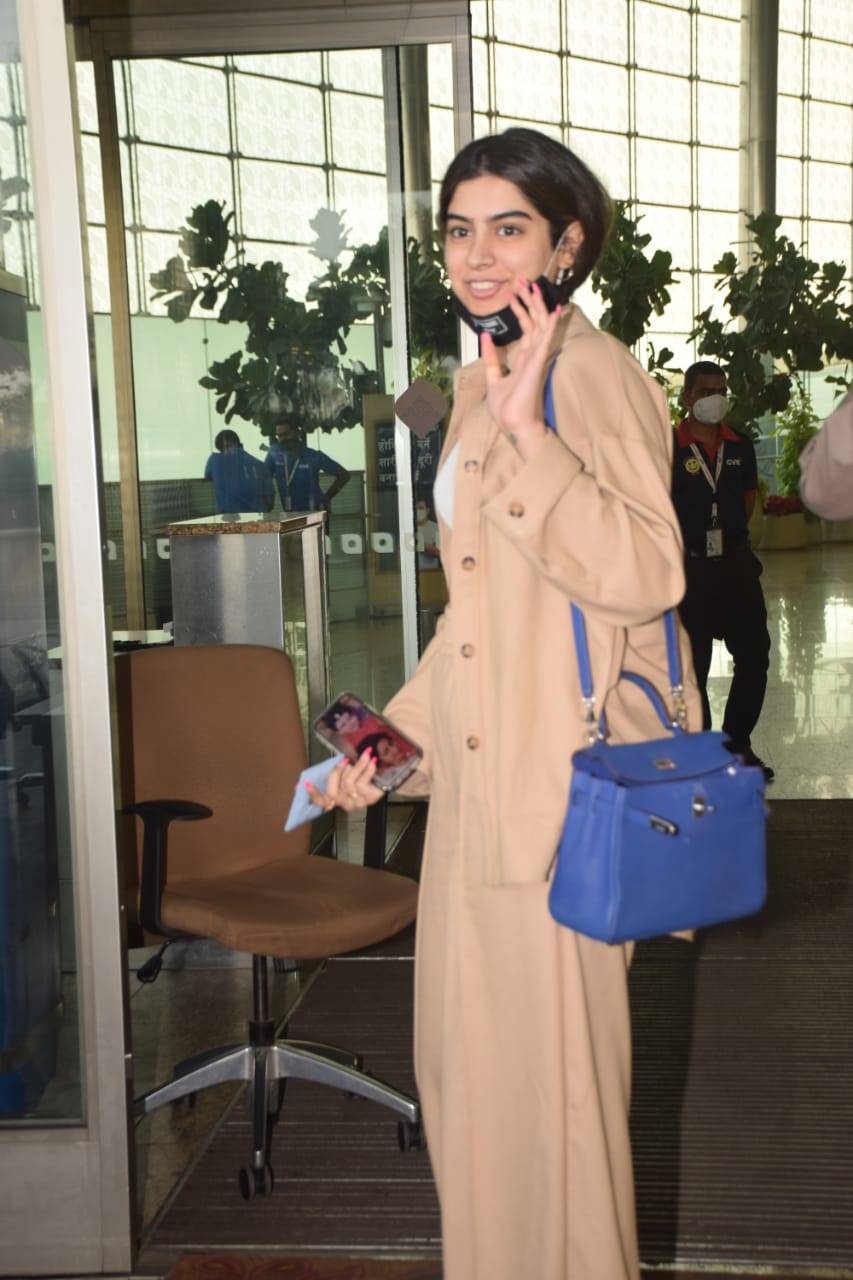 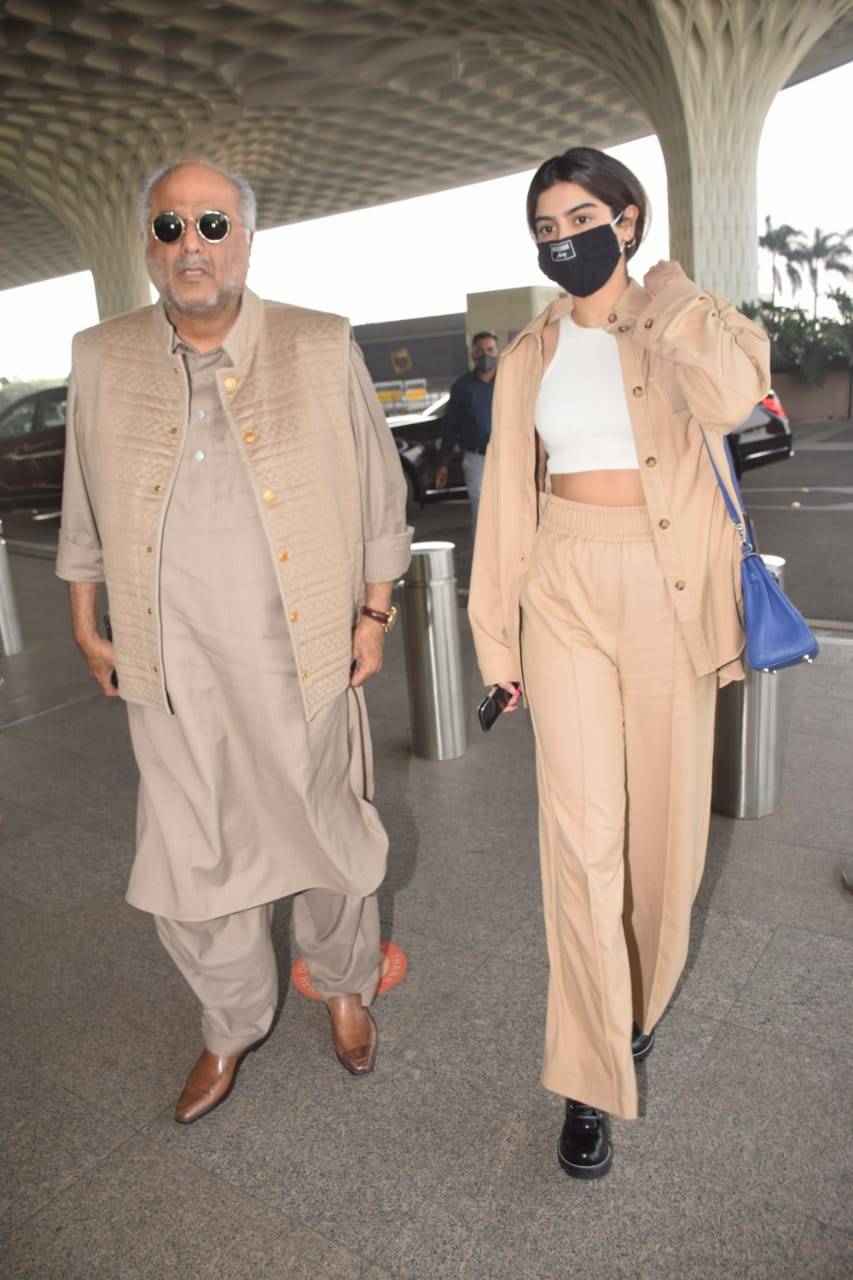 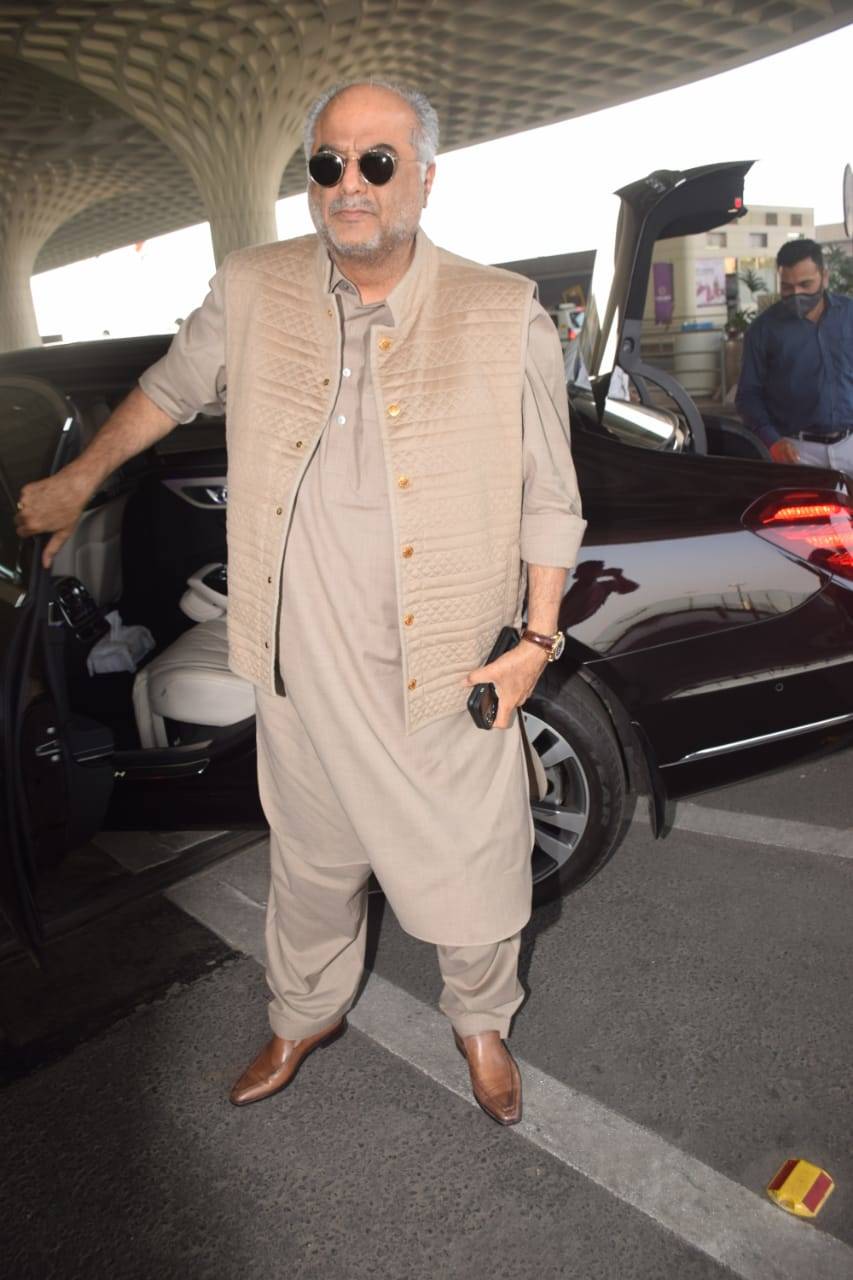 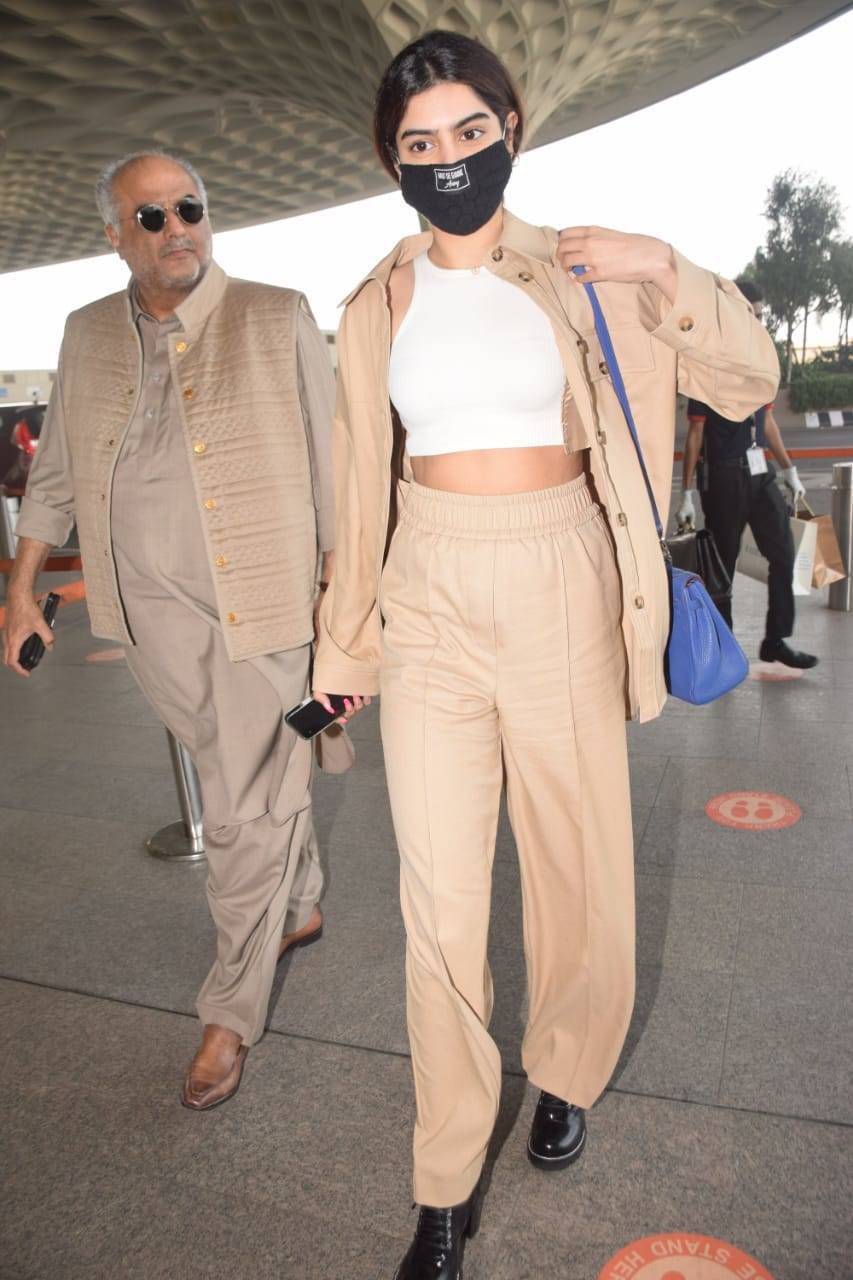 Janhvi Kapoor made her big Bollywood debut with ‘Dhadak’ opposite Ishaan Khatter. The movie received positive reviews from the audience and the critics alike. She is today one of the most sought-after star kids we have in Bollywood.

While Khushi is yet to announce her debut film, she has already garnered the attention of her fans on social media. She recently made her account public and has been sharing stunning pictures and videos of herself with her followers.

Meanwhile, on the work front, Boney will soon be making his full-fledged acting debut with Luv Ranjan’s next. He will be seen playing the role of Ranbir Kapoor’s father in the movie. It also stars Dimple Kapadia and Shraddha Kapoor in lead roles.

Janhvi, on the other hand, will next be seen in ‘Dostana 2’ co-starring Kartik Aaryan and ‘Good Luck Jerry’.

Kundali Bhagya: Shraddha Arya and Anjum Fakih get goofy; look at their cute pictures from the set