Bigg Boss 14 poll result: Who will win the trophy? Here’s what the netizens think

0
SHARES
11
VIEWS
Share on FacebookShare on Twitter
Bigg Boss 14 is about to come to an end with its grand finale episode tonight (February 21). The finalists, Rubina Dilaik, Rahul Vaidya, Aly Goni, Nikki Tamboli and Rakhi Sawant along with the avid followers of the show are eagerly waiting for the announcement of the winner of the season.

While the finalists are gearing up for the bigg moment, all of their fans out there are cheering up to their fullest for their respective favourites.

Amidst the hustle and bustle of Bigg Boss 14’s finale, ETimes TV conducted a poll asking netizens about who they think would be proclaimed as the winner of the season. And the results of it are out. 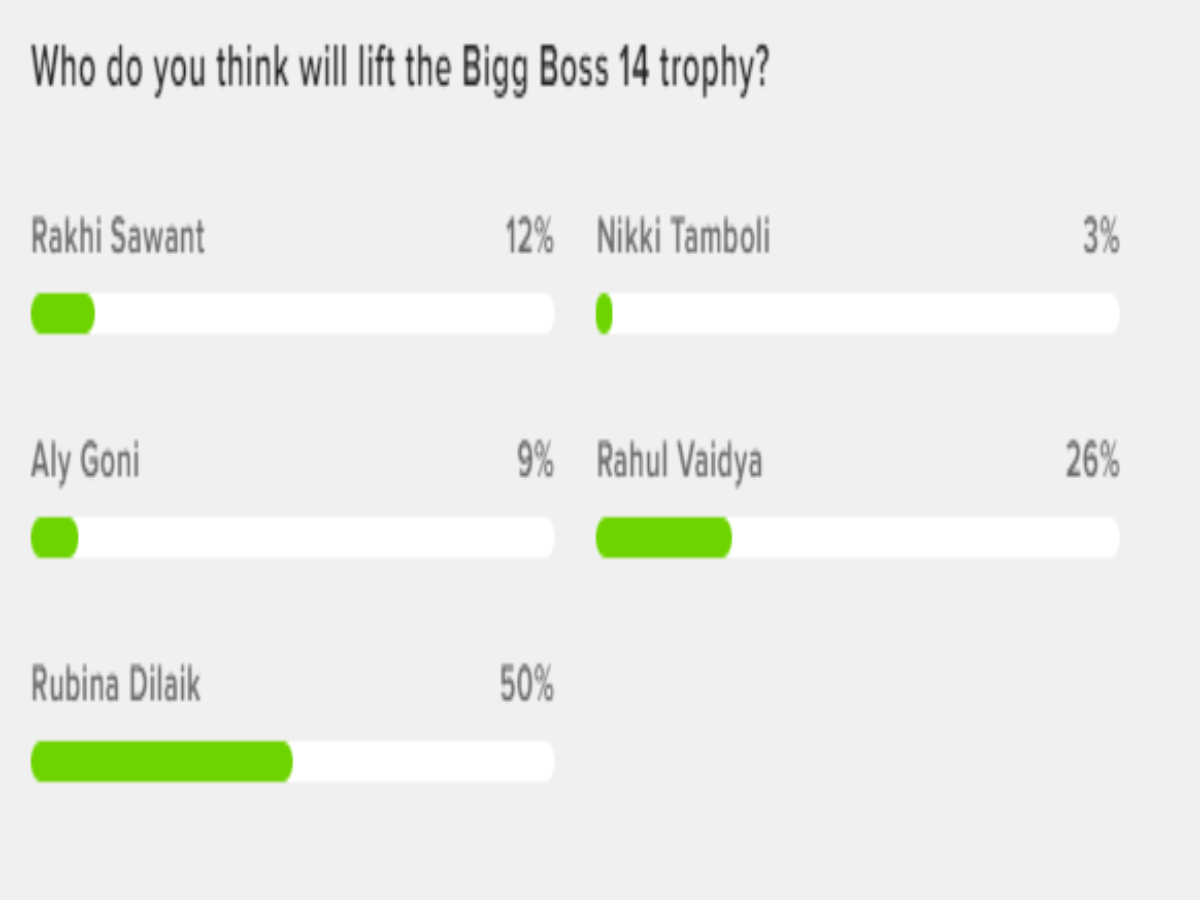 As per the trends of the poll, out of the total respondents, almost 50 percent voted for Rubina Dilaik as the winner of the 14th season of the show. Meanwhile, the second-highest votes were secured by Rahul Vaidya i.e. 26 percent.

Interestingly, Rakhi Sawant stood at third place with 12 percent of the votes. Further, the fourth and fifth positions were clearly taken by Aly Goni and Nikki Tamboli with 9 percent and 3 percent respectively.

It looks like Rubina is the one who has won the audience’s hearts this year. But who becomes the sure-shot winner of Bigg Boss 14 is yet to be seen.

The grand finale of Bigg Boss 14 is just two hours away. Multiple teasers of the stunning performances by the finalists, former contestants and special guests are already out and building up the excitement of all the viewers.