Exclusive – Divya Agarwal on getting trolled for a topless concept shoot on social media: It was never an intention to show off my body, trolls are a headache

0
SHARES
3
VIEWS
Share on FacebookShare on Twitter
Reality TV personality Divya Agarwal is not the one to take it lying down. She is unabashed and gives it back every time someone tries to mess with her.

The Ace of Space winner recently posted a video of a concept shoot she did for her social media handle. Divya can be seen posing with a flower bouquet and a few trolls started commenting on her going topless.

When ETimes TV reached out to her exclusively, Divya at first laughed her heart out and then said, “I genuinely don’t think much about it. I don’t think much about what to post. The trolls are a big headache, what to tell you. This shoot was for my own personal Instagram. I was trying to experiment. In the year 2020, I was at home it was so disappointing. You must know what I have been through. I thought of doing something which I have never done and was experimenting. It was never an intention to show off my body. I saw this concept and I really liked it and wanted to try. There is nothing more to it.”


She then added, “People are thinking that since I am not working on the screen, this is the only way to be in the popular circle. This is so wrong. I just kind of lash it out every time such things happen. It doesn’t affect me but I want to just tell people that this is a very wrong approach to life.”

The comments called her out for going topless and claimed she is doing this for publicity. Soon, Divya shared their comments on social media and wrote, “One concept shoot and boom some people go crazy over it. You can’t tell me what to wear, Indian clothes or no clothes. Sad how the character of a person is defined by their apparel.” 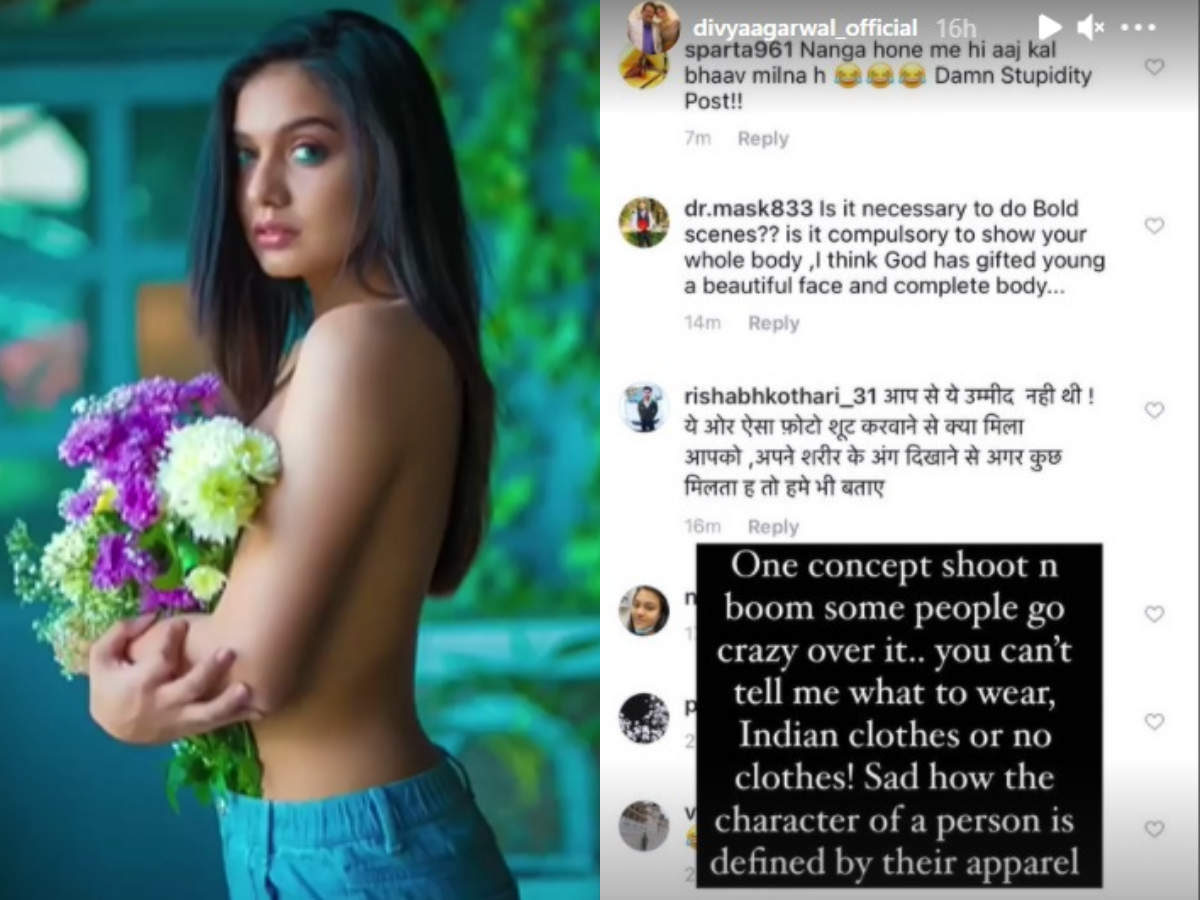 
More power to her.

Exclusive! Rakhi Sawant’s mother’s interview from hospital: My daughter is looking after me but I am sad that she didn’t win Bigg Boss 14