0
SHARES
5
VIEWS
Share on FacebookShare on Twitter
The latest schedule of Mani Ratnam‘s Ponniyin Selvan that was going on in Hyderabad has gotten over. The shooting was held at the Ramoji Film City in Hyderabad where huge sets were erected for the film. Eka wrote they pulled off a ‘monster’ schedule during the COVID-19 pandemic.

Sharing the photo, Eka Lakhani wrote, “And one of the team with big boss himself! #ManiSir. Wrapping this monster of a sched with a full heart… Phew!!! Can’t believe we pulled this off in the COVID time.Thank you for all the support my girls! You guys kicked ass! Missing in the pic CK, our backbone and UB, our oxygen! Now for some sleep, spa time and lots of champagne! (sic).” 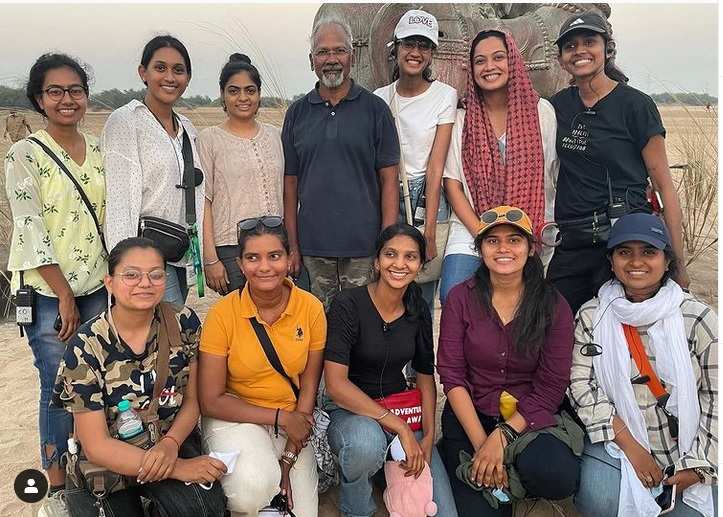 Earlier, Trisha, who was shooting for Ponniyin Selvan had returned to Chennai. Ponniyin Selvan, a period drama based on Kalki Krishnamoorthy‘s Tamil novel of the same name and is being made in two parts. The film has an ensemble cast with Aishwarya Rai Bachchan playing a dual role. The star cast includes Karthi, Jayam Ravi, Vikram, Prakash Raj, Sarath Kumar, Vikram Prabhu, Rahman, Jayaram, Lal, Trisha, Aishwarya Lekshmi, and Sara Arjun among others. It is also rumoured that yesteryear actress Shalini is making a cameo in the movie.