The Yeh Rishta Kya Kehlata hai’s former Naksh and younger Naira must have met recently and shared some amazing time. And Rohan took the opportunity to share their cute pictures in an Instagram post. Posting their pictures he wrote, “Always my Sister, Forever my Friend (with heart emoji) @ashnoorkaur”


A cheerful Ashnoor took to the comments and wrote, “Bhaiii️ Always feels like home, even if we meet after a longggg time!!! See ya soon now, our ride is due”

Further, he also gave a glimpse of how Ashnoor has to eat fruits as a part of her diet and how her diet food differs from the usual curry and chapati’. Meanwhile, Ashnoor who was elated to meet Rohan also shared her happiness with a selfie on her Instagram story. 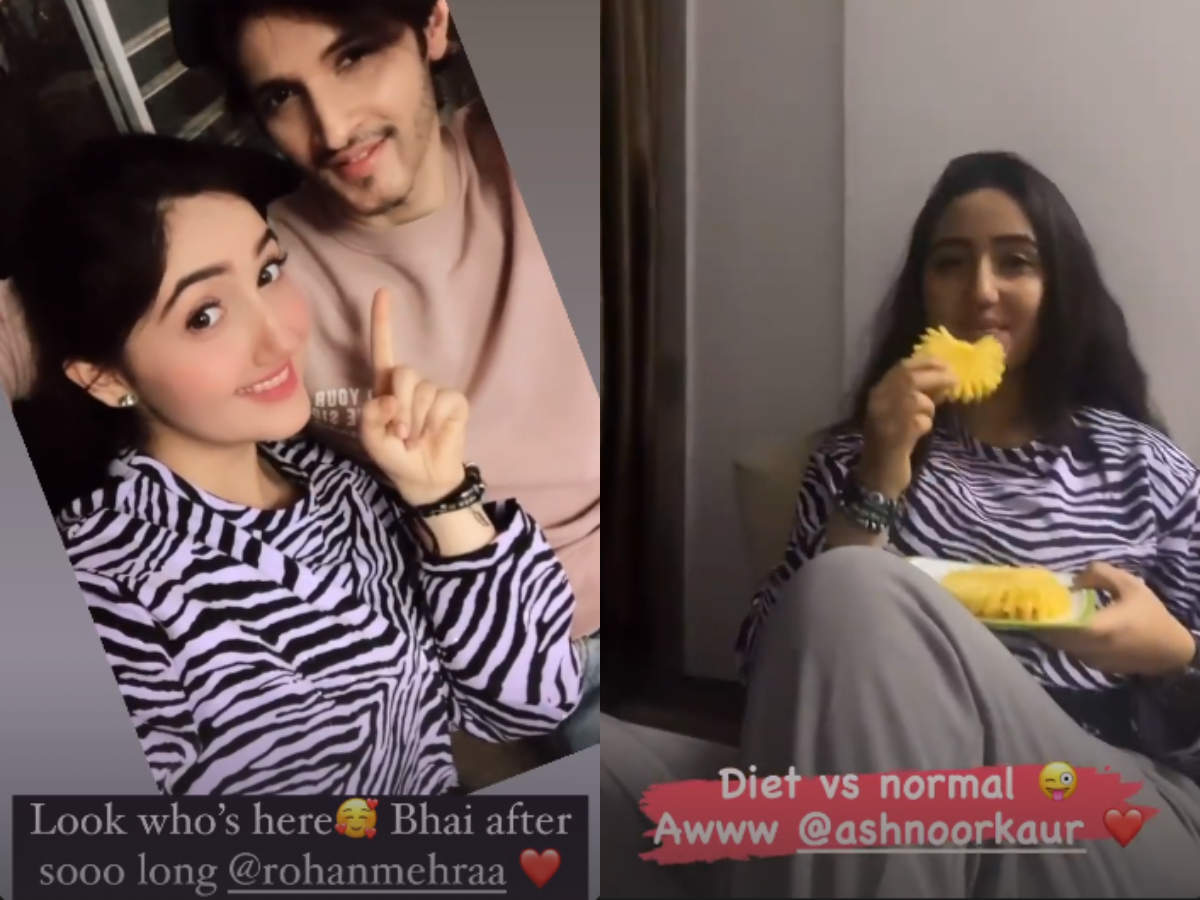 For the unversed, Rohan and Ashnoor who essayed the role of Naksh Singhania and Naira Singhania, son and daughter of Akshara played by Hina Khan in Yeh Rishta Kya Kehlata Hai, in the earlier track. The trio shares a great friendship amongst them ever since then and love to spend time together whenever possible.

Rohan had also wished Hina on her birthday last year with adorable pictures of the three in an Instagram post. He wrote, “Happy Birthday, my lovely friend, I wish you every happiness your heart can hold. Here’s to another fabulous year of life ! You are simply the best ️ @realhinakhan”


Talking about their work, Rohan has been a part of multiple reality TV shows in past some time and has featured in various music videos too. On the other hand, Ashnoor was last seen as Mini in Patiala Babes and will soon feature in an upcoming web series.

Tahir Raj Bhasin decodes the USP of his pairing with Taapsee Pannu in Looop Lapeta!