Bigg Boss 14’s Aly Goni shares a photo with his parents; Jasmin Bhasin’s comment to his post is a must read

0
SHARES
0
VIEWS
Share on FacebookShare on Twitter
Bigg Boss 14’s Aly Goni is in the best phase of his life where he has just had a successful innings through the controversial reality show, Bigg Boss 14. Apart from that, he also realised his love for Jasmin Bhasin and the two are strongly committed to each other.

Jasmin Bhasin and Aly Goni are in the best phase of their lives as they are having a jolly time with his family in Kashmir. Aly Goni kept sharing tidbits from their family trip on Instagram but the latest photo shared by him is winning hearts. The photo included him with his parents. Aly captioned the picture as: “MAA se bada koi humdard nahi hota, BAAP se bada koi humsafar nahi hota.. ❤️#alygoni #SherAly (sic).” Take a look at the Instagram Post here: 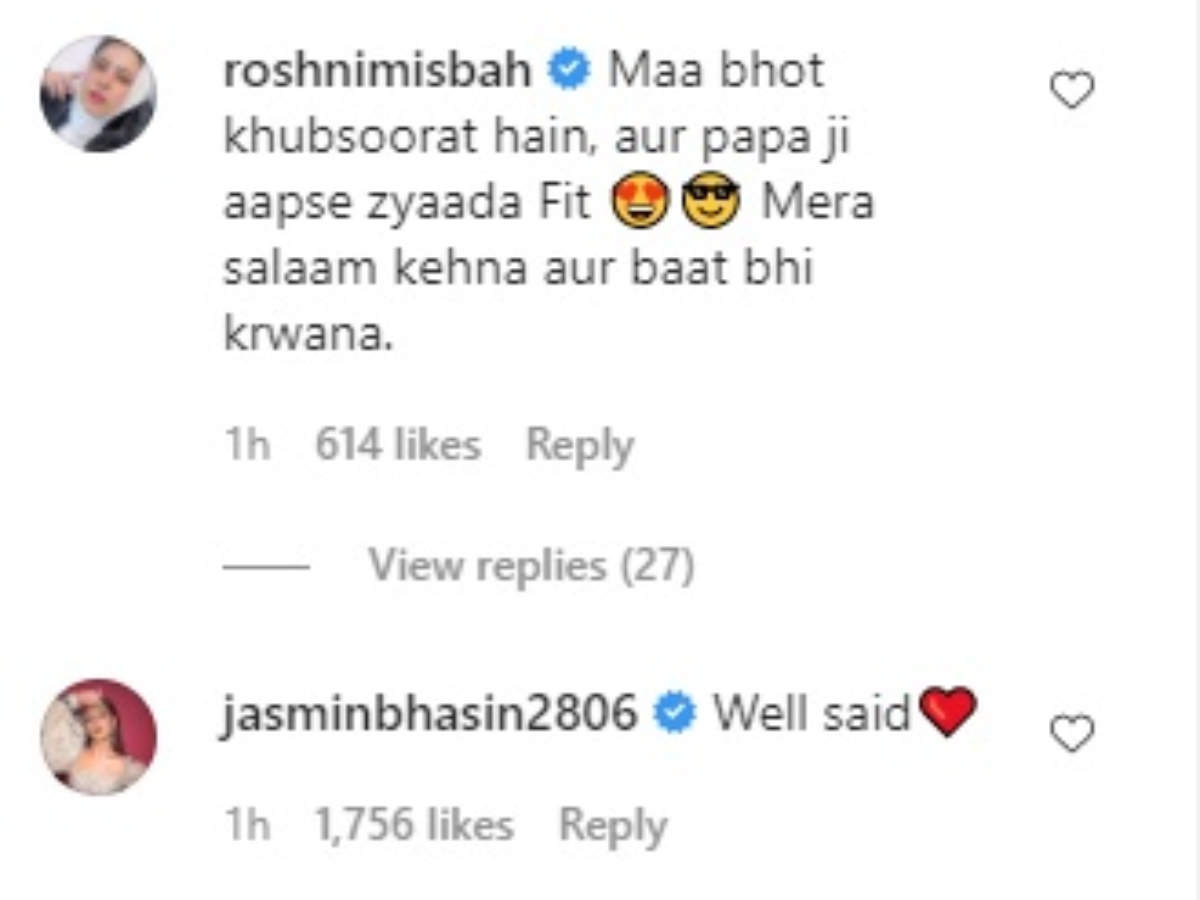 Aly Goni’s social media account is filled with family pictures and special moments with his ladylove Jasmin. They were best friends earlier, who discovered their love for each other during their Bigg Boss tenure. He entered the house to support Jasmin and ended up reaching the finale.

The Yeh Hai Mohabbatein actor, who recently celebrated his birthday, said that Jasmin Bhasin is the best birthday gift he received. Jasmin and Aly’s friendship began while they were together on Khatron Ke Khiladi. Ever since they have been with each other and never left their side.

Talking about Aly Goni, he started his career with Splitsvilla and was earlier in a relationship with Natasa Stankovic, who is now married to cricketer Hardik Pandya.

Parth Samthaan: I am not in a frame of mind to go back to the world of television

Parth Samthaan: I am not in a frame of mind to go back to the world of television