0
SHARES
14
VIEWS
Share on FacebookShare on Twitter
Nephew of Megastar Chiranjeevi and younger brother of Sai Dharam Tej, Panja Vaishnav Tej made his silver screen debut with the recently released ‘Uppena’ and acquired a blockbuster in his first stride itself. Written and directed by Buchi Babu Sana, the romantic-drama featuring Vijay Sethupathi in a prominent role has notched up a worldwide share of over Rs 50 crore in less than three weeks of theatrical run. The romantic drama is on a record-smashing spree and despite competition from new releases, it is still managing to hold its ground. Along with moviegoers, celebs like Mahesh Babu have heaped praise on the film.

Congratulating his nephew for his maiden success, Chiranjeevi met Vaishnav Tej at the former’s residence in Hyderabad and gifted him a swanky wrist watch. Sharing the picture on his Instagram story, the youngster wrote “Thank U mama”. Meanwhile, the 65-year-old veteran actor has returned back to Hyderabad after wrapping up a month-long schedule of Koratala Siva’s Acharya in Rajahmundry. Despite taking part in the shoot for several days, Chiru looks rejuvenated in the picture. While Ram Charan is essaying a crucial role in the action entertainer, Pooja Hegde will be seen in a cameo. 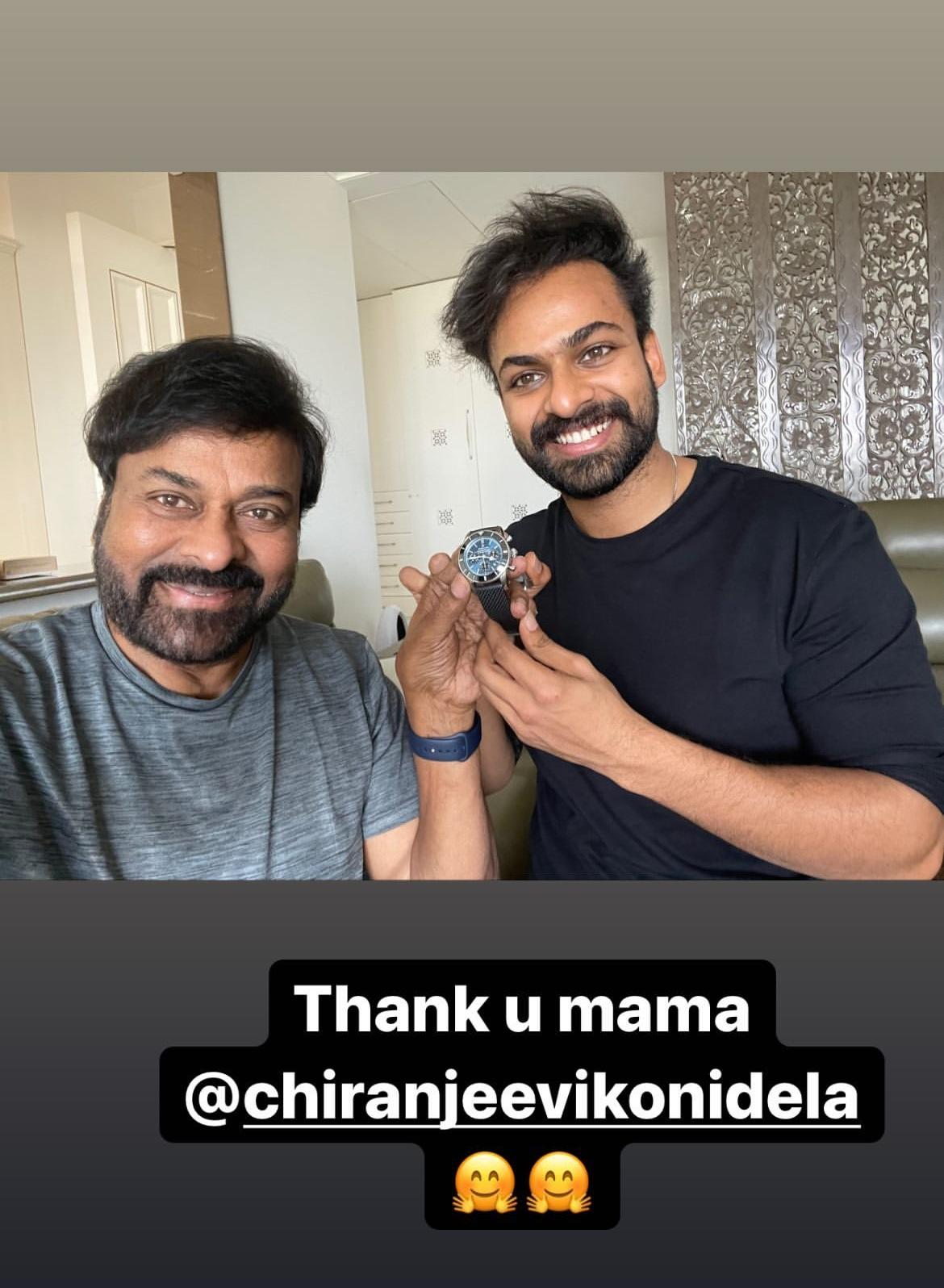 Set against the backdrop of a fishing hamlet named Uppada, ‘Uppena’ is backed by appreciable performances from the lead actors, mesmerising music by Devi Sri Prasad and the riveting narration which discusses toxic masculinity. Though the plot of the film is a tried and tested formula of a poor boy falling for a rich girl, Buchi Babu brought enough inventiveness by roping in Vijay Sethupathi to keep the proceedings fresh and engaging. While Vaishnav Tej bagged decent marks for his portrayal of Aasi, Krithi Shetty walked away with brownie points as Bebamma.

Vaishnav Tej will be next seen in Krish Jagarlamudi’s untitled project starring Rakul Preet Singh as the leading lady.

Video: Nikhil Siddhartha gets injured on the sets of ”Karthikeya 2”

Video: Nikhil Siddhartha gets injured on the sets of ''Karthikeya 2''