0
SHARES
9
VIEWS
Share on FacebookShare on Twitter
MX Player’s ‘Hello Mini 2′ has made Mrinal Dutt grin from ear to ear. The actor’s phone is still buzzing with praises from the other end. Our guest this week on #HowIMadeIt, he says, “I have loved performing on stage since my school and college days. I don’t know why but I always saw myself as an actor.
Lekin haan, I was very much into sports as well.” 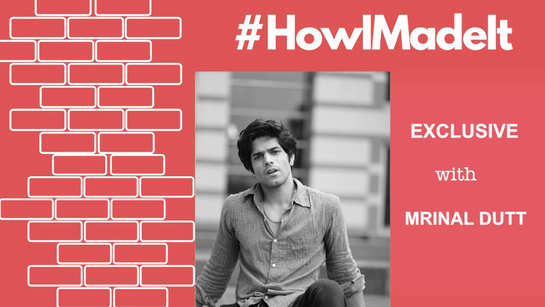 No prizes if you’re guessing which sport did Mrinal play; we have mentioned it in the heading. “If I hadn’t become an actor, I might have become a cricketer. I was a good batsman and an off-spinner as well. I did quite well but it wasn’t easy to break into the Delhi team, which I was targeting those days.” Naturally, Mrinal was hungry for more name and fame than playing cricket at just domestic level. “That’s right. And no, I had no desire to play in the IPL as there were no such tournaments in 2010 when I started off. Like cricket, I love acting because I think I really enjoy teamwork and collaborations.”

Mrinal further says that ‘Hello Mini 2’ has been a big challenge as he had several difficult scenes to enact in it. “And a special word of praise for MX player, Applause and Goldie Behl who formed a bubble and ensured that everything proceeds smoothly.” Adds Mrinal,”Goldie Behl used to mix with the youngsters in the show, very well. He sat with us and we ate food together. He said ‘Call me GB’ and shared many incidents from his experience in filmmaking.”

Concluding with the fact that his role in ‘Hello Mini 2’ was very physically demanding and he even got hurt once or twice, we bet that this Dutt will be game for ‘Hello Mini 3’ if it is made and he’s chosen. And yes, his idol as an actor is Irrfan Khan.

Photos: Ibrahim Ali Khan shows off his fun side at the wedding of Capt Amarinder Singh’s granddaughter

Dilip Kumar shares a rare glimpse from his home, dressed in his ‘all-time favorite shirt’

Dilip Kumar shares a rare glimpse from his home, dressed in his ‘all-time favorite shirt’