0
SHARES
2
VIEWS
Share on FacebookShare on Twitter
C.I.D fame Hrishikesh Pandey, who has been a part of films like Dhaai Akshar Prem Ke and Apradhi among others, fondly reminisces about his encounter with Bollywood star Amitabh Bachchan. The actor says, “My family and I are big fans of Bachchan sir. I come from an army background and my dad never allowed us to watch movies in theatres. He only made an exception if the film was about Amitji or it was a patriotic movie. When Amitji got into a major accident on the sets of Coolie in 1982, the entire nation was praying for him. As kids, my sister and I had written a small note for him, which we managed to send to his place. When his health improved, he actually responded to our letter. We used to live in Jabalpur at that time and we were overjoyed. It was unbelievable to receive a letter from him with his signature and a photograph. I still have that precious letter.”

Subsequently, Hrishikesh met Big B on several occasions for work projects, but never managed to tell him about the letter until recently. He shares, “We are currently shooting for a film titled Mayday and I found an opportunity to share this incident with him as he seemed relaxed in the middle of shots. I told him about the letter and his reaction was priceless. First, he just looked at me quietly from top to bottom and smiled. He said he was surprised to know I kept his letter safe after so many years. He even read the letter. It was a beautiful reaction.” 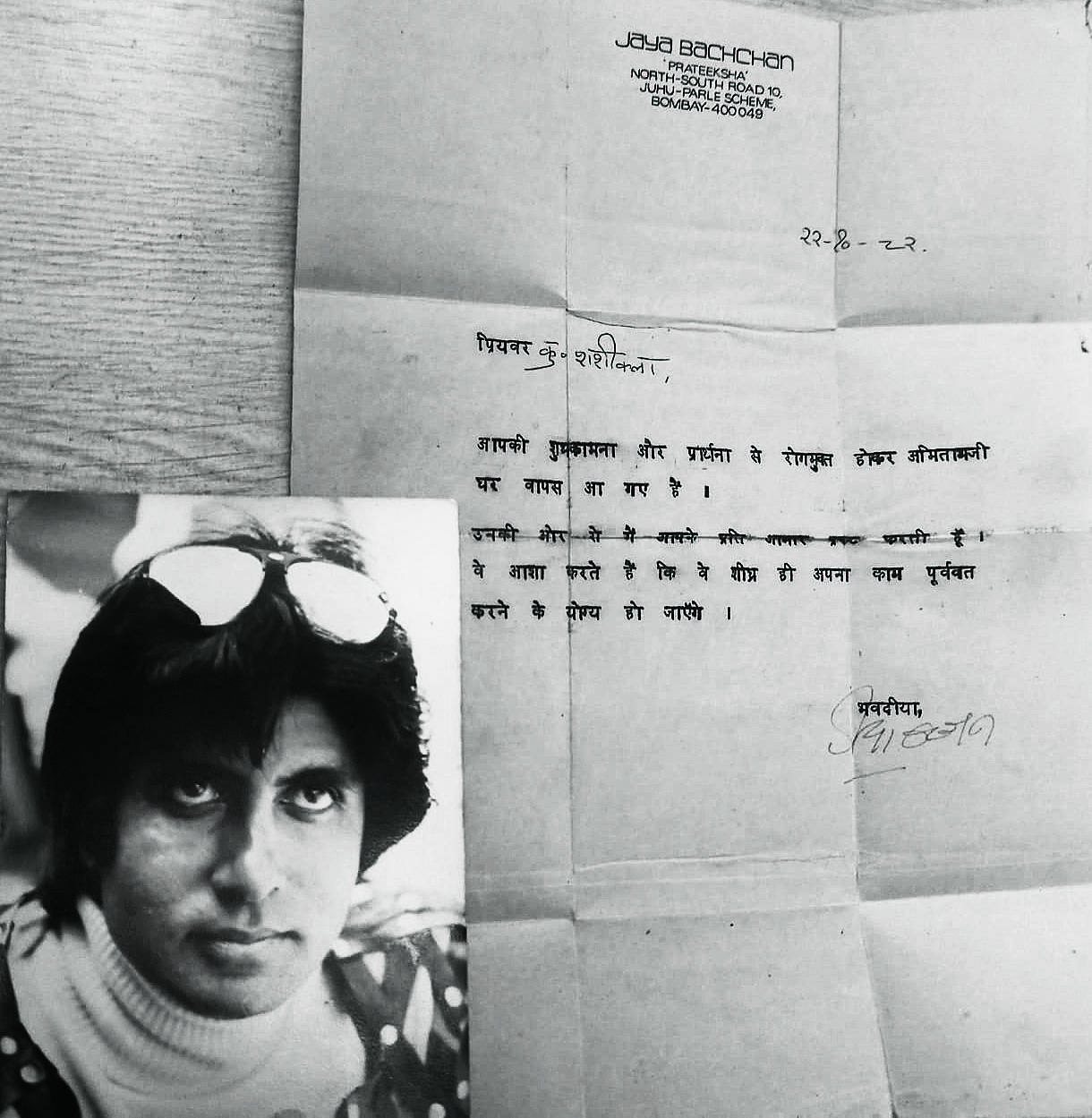 On the work front, C.I.D has made a huge difference to his career, he says, “I have been doing television for many years. Apart from C.I.D, I’ve also done family dramas and romantic shows, but C.I.D gave me a lot of respect. Its reach was beyond my imagination. Sometimes, people actually thought that we were a part of the police force in real life and would treat us with a lot of respect and love,” says Hrishikesh, who’s currently seen in Yeh Rishta Kya Kehlata Hai.

There’s a lot of work satisfaction when one does TV: Mahesh Thakur

Rhea Kapoor misses sister Sonam on her birthday, says ‘never the same without you’

Rhea Kapoor misses sister Sonam on her birthday, says ‘never the same without you’