Kartik Aaryan is gearing up for his next

0
SHARES
5
VIEWS
Share on FacebookShare on Twitter
Kartik Aaryan is one of the friendliest stars in Bollywood. No matter how busy he is, the actor will never refuse to pose for selfies with fans or share some funny banter with the paparazzi. The actor is now gearing up for his next, which is titled ‘Dhamaka’. Directed by Ram Madhvani, the film is touted to be a gripping thriller. It will be based on a news reporter, who is covering a bomb blast that has just taken place. Kartik will be playing a journalist who realizes that he has to make some tough decisions.

Madhvani recently shared a heartfelt note on Instagram praising the actor. He wrote, “Kartik Aaryan gave his all to my way of working which I call the 360-degree system. His involvement, passion and precise calibration as an actor is something I hugely respect. He makes the work better. It would be great to collaborate with him again.”

Not to be left behind, Kartik immediately replied, “Of course, we are working together again, sir. Sochna bhi mat kisi aur ke saath kaam karne ki!”

Apart from ‘Dhamaka’, Kartik also has ‘Bhool Bhulaiyaa 2’ and ‘Dostana 2’ in his kitty. Both films have already commenced shooting although release dates are yet to be announced. 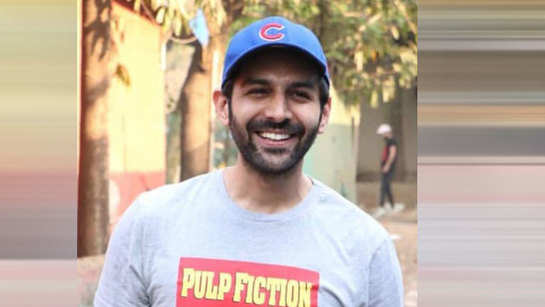