0
SHARES
9
VIEWS
Share on FacebookShare on Twitter
She isn’t called one of the best dancers in Bollywood for no reason. Nora Fatehi, who has sizzled in songs such as ‘O Saki Saki’, ‘Kamariya’, ‘Dilbar’ and Garmi’, among others is also known for her sartorial choices. One look at her Instagram page will tell you just how stylish Nora is. The actress, who is from Canada, has slowly but steadily made a mark in Bollywood in recent years. In a recent interview, she spoke about her journey is the film industry and said that it had not been an easy ride. She admitted that when she decided to come to Bollywood, she had no idea how difficult it would be and how much she would struggle to bag the right projects.

Nora added that language was one of the biggest barriers she faced and that learning how to speak in Hindi wasn’t as easy as she thought. The actress also said that no matter how much she tried to get a grasp on the language, she was often demotivated. Nora even revealed that people would laugh at her efforts, which broke her heart.

Post her interview, Nora received a lot of comments from fans, who flooded her with encouraging comments. Thanking fans for their support, she wrote online, “One of my most vulnerable, real and honest interviews ever, I have read all ur messages and comments and it makes me feel so happy that u guys have connected with me on a human level and have understood me! Many have related to my story, my feelings and my thoughts, many have said they are inspired more than ever before! This gives me strength and drive to continue on my path and my dream to fulfill the bigger plan, to instill positivity, hope, upliftment and enlightenment via my presence.” 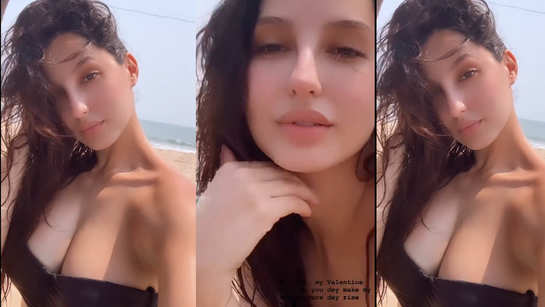 Kartik Aaryan is gearing up for his next