0
SHARES
3
VIEWS
Share on FacebookShare on Twitter
Saba Ali Khan might be away from the spotlight most of the time but she is quite active on social media. She is often seen sharing throwback pictures of herself and her loved ones and her followers just cannot have enough of the star sister.

She recently took to her Instagram handle to share childhood pictures of brother Saif Ali Khan and sister-in-law Kareena Kapoor Khan with their respective families and it is simply a treat for their fans. 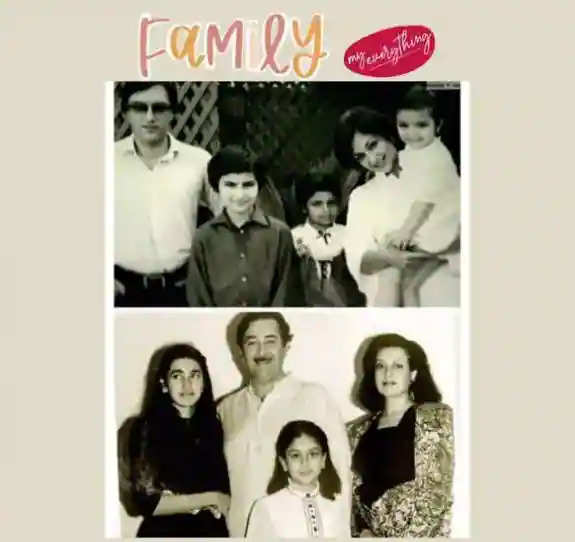 In one picture, Saif is seen posing for the camera with his parents Sharmila Tagore and Mansoor Ali Khan Pataudi and his two sisters Soha and Saba Ali Khan. In another one, baby Kareena Kapoor Khan is seen striking a pose with her sister Karisma Kapoor and her parents Randhir and Babita Kapoor.

Kareena recently gave birth to her second child with Saif Ali Khan. The couple was already parents to their firstborn Taimur Ali Khan. They are yet to reveal the name of their second son.

Meanwhile, on the work front, Saif will next be seen in ‘Bhoot Police’ co-starring Arjun Kapoor, Jacqueline Fernandez and Yami Gautam in lead roles. He also has Om Raut’s ‘Adipurush’ with Prabhas and Kriti Sanon.

Kareena, on the other hand, will be seen in ‘Laal Singh Chaddha’ co-starring Aamir Khan in the lead role.