0
SHARES
0
VIEWS
Share on FacebookShare on Twitter
BV Nandini Reddy made a splashing directorial debut with ‘Ala Modalaindi’ and gave a new definition to rom-coms in Telugu cinema. After her second outing ‘Jabardasth’ bombed at the box-office, she took a break and staged a successful comeback with ‘Kalyana Vaibhogame’. In 2019, she proved her mettle with the Telugu remake of South Korean film ‘Miss Granny’ titled Oh! Baby. She did a commendable job by bringing in the nativity factor to the fantasy plot and extracting commendable performances from her ensemble star cast.

Nandini Reddy is celebrating her birthday today (Thursday) and as expected, social media is flooded with wishes from fans, friends and tinsel town celebs. Sharing a BTS still from the sets of Oh Baby, Samantha Akkineni took to Instagram Story and captioned it as “Happy birthday to the sweetest, funniest and equally craziest ferssson…Wikipedia should fact check your age with me.” 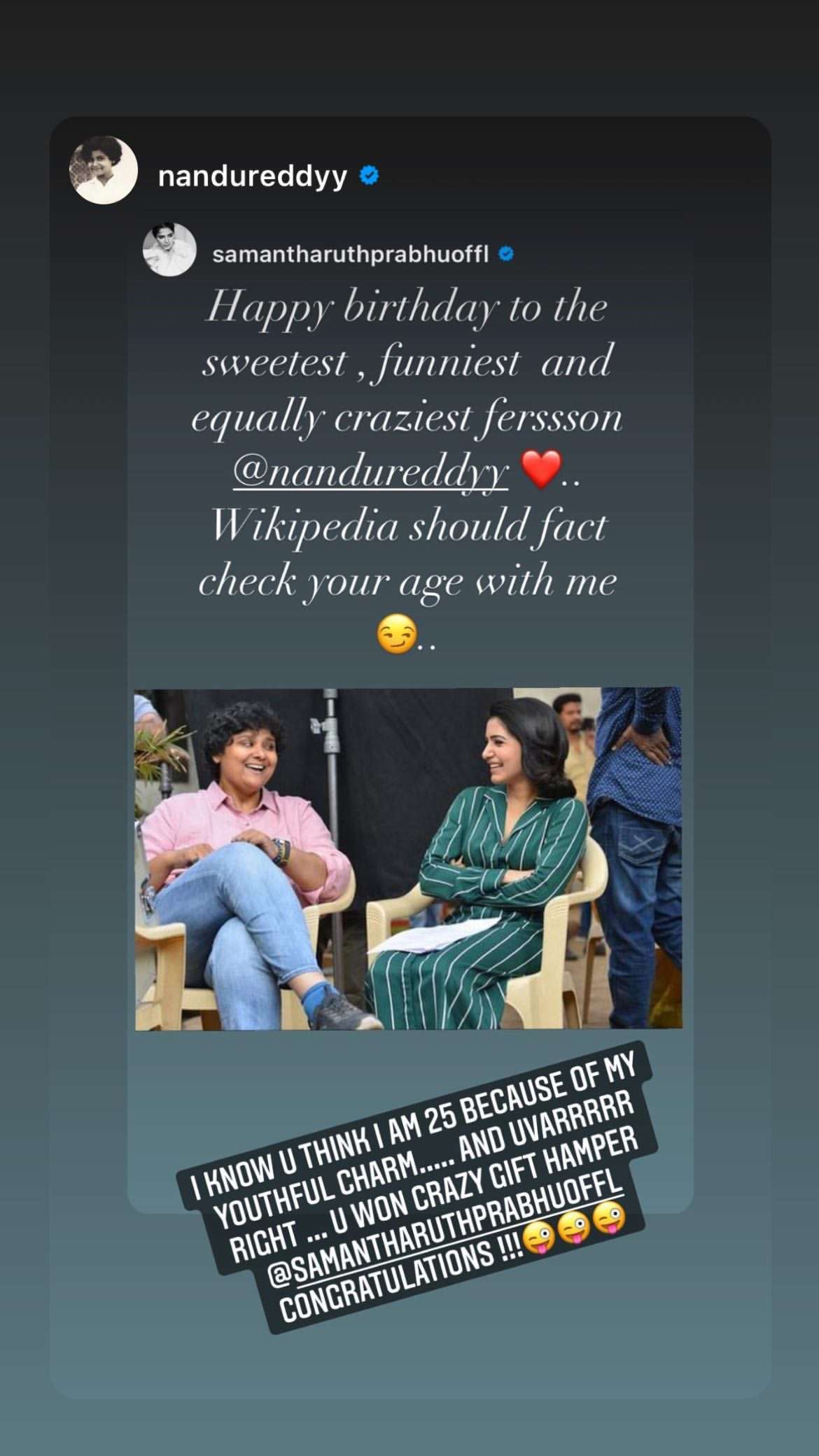 While the funny twist regarding age has got the internet exciting, Nandini replied in no time with the comment “I know you think I’m 25 because of my youthful charm….and UVARRRRR right…you won crazy gift hamper.” She was the creative director for Samantha’s recent talk show ‘Sam Jam’.

Nandini Reddy has directed one of the four segments (Meera) in Netflix’s first anthology film in Telugu titled Pitta Kathalu. Written by Radhika Anand, the part featured Amala Paul in the titular role of an attractive writer and a mother of two who is stuck in a toxic marriage. Jagapathi Babu played the husband’s role of Vishwa, a frustrated and jealous man who is prone to bouts of violence.

PHOTOS: Allu Sirish looks all dapper as he graced the trailer launch of ”Love, Life & Pakodi”