0
SHARES
0
VIEWS
Share on FacebookShare on Twitter
Reality show star and actress Saniya Iyappan has been putting out dance reels with her friend Shamnaz, who is popular among TV viewers through D4 Dance. The duo movies beautifully inspiring the youth to come up with quirky yet challenging choreography. Their dance for Young T and Bugsey’s Don’t Rush has made her fans go crazy. 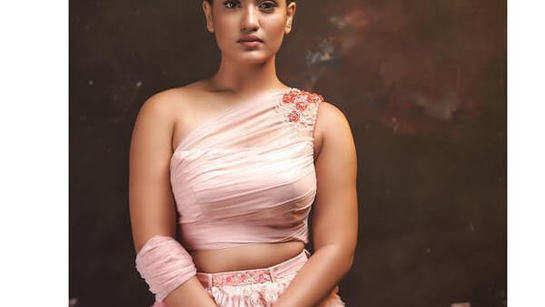 Saniya is a trained dancer and she shot into fame as a teenager through dance reality show. They also danced for song Jilebi baby by Tesher. Her most popular dance video is Ang Laga De from the Bollywood movie Goliyon Ki Rasleela. The video featured Saniya with dancer Ramzan Muhammed and the duo were dressed in red and white outfits.

Saniya Iyappan has recently joined the cast of Dulquer Salmaan- Rosshan Andrrews film. Sharing the excitement, the actress wrote on her social media page, “Excitement at its peak as I’m starting my first movie of the year with an incredible cast and crew led by @rosshanandrrews and @dqsalmaan . This one is going to be very close to my heart! #needblessings #wayfarerfilms #productionno5 @dqswayfarerfilms.”

Rosshan Andrrews-Dulquer Salmaan movie is yet to be titled and Bollywood actress Diana Penty, who is known for her film Cocktail plays the female lead in the movie. Actor Lakshmi Gopalaswamy and Manoj K Jayan will essay pivotal roles in the film. Dulquer Salmaan is bankrolling the project under his home banner Wayfarer films and this film also marks Dulquer’s fifth production venture. The team is currently shooting in Trivandrum.

Meanwhile, Saniya Iyappan is one of the most successful young stars in Malayalam cinema. The diva who made headlines by playing Chinnu in the 2018 film ‘Queen’ was last seen in ‘Lucifer’ playing a substantial role.