0
SHARES
4
VIEWS
Share on FacebookShare on Twitter
Shraddha Kapoor took off to Maldives for the wedding celebration of her cousin brother Priyaank Sharma and while at the popular beach destination the actress also celebrated her birthday. Pictures from Shraddha’s birthday bash see her happily cutting a cake, surrounded by her family and friends. While Shraddha’s rumoured boyfriend Rohan Shreshtha is also seen embracing her fondly in one of the pictures. 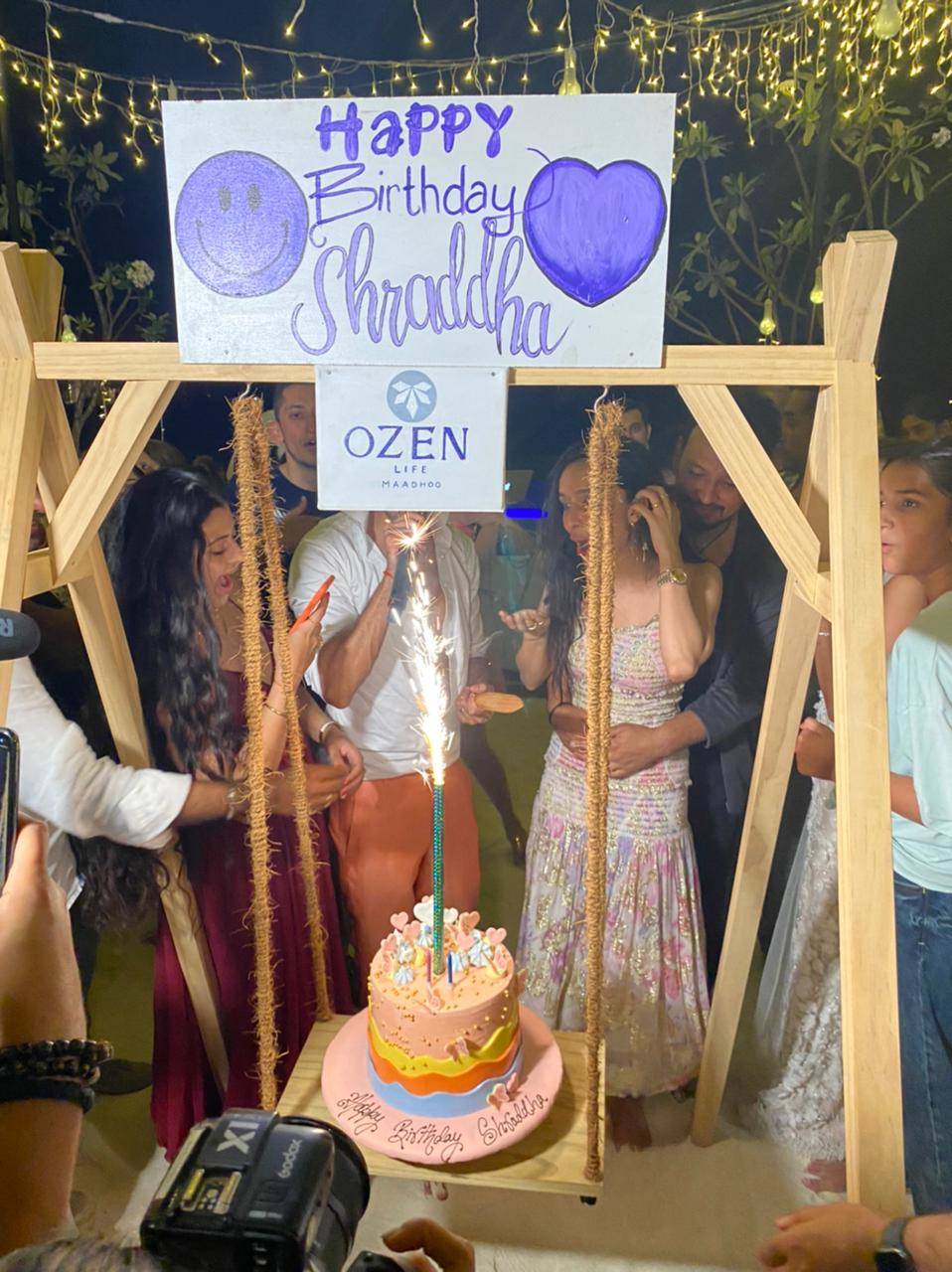 Since a long time Shraddha Kapoor is rumoured to be in a relationship with Rohan, however the couple has never spoken about their romance. Reacting to the rumours of Shraddha-Rohan’s wedding, Shakti Kapoor had previously told ETimes, “Well, I don’t know what reports and speculations are surfacing on the Internet. But I shall always stand by my daughter.” While speaking about Rohan, the veteran actor had said, ‘Rohan is a very nice boy. He does come home but he has come home since childhood. Shraddha hasn’t told me that she plans to marry him. To me they are still just childhood friends.. I do not know if they are serious about each other.”

Shraddha Kapoor and Rohan Shreshtha are busy living it up in Maldives as they participate in Priyaank Sharma and Shaza Morani’s wedding celebration. Shraddha ditched the bridesmaids and turned best man for her brother’s wedding.