Sivakarthikeyan’s Doctor will not release on March 26

0
SHARES
7
VIEWS
Share on FacebookShare on Twitter
We had earlier reported that the release of Sivakarthikeyan‘s Doctor might be postponed due to the Tamil Nadu general elections. Now, true to it, the co-producer of the movie, KJR Studios, has issued a statement that they would be reworking on the date of its release. 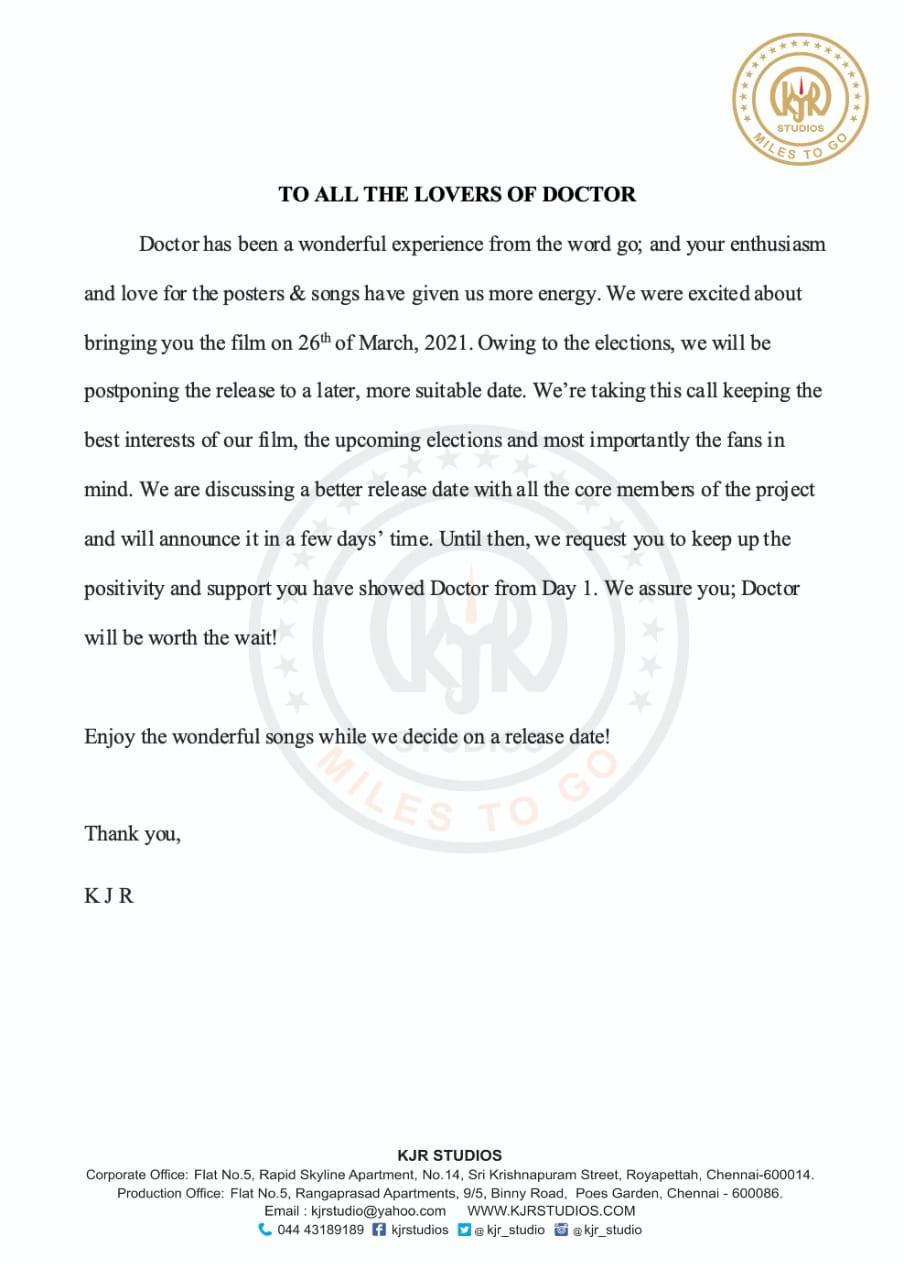 The film has Priyanka Arul Mohan as the heroine and the music is by Anirudh. While there are three songs, the lyrics for two songs are written by Sivakarthikeyan. The songs from the movie are already chartbusters. This is the sixth time, Sivakarthikeyan has collaborated with Anirudh for his movie’s music. The film stars romantic hero-turned-villain Vinay playing the antagonist and Yogi Babu also has a pivotal role in the movie.

This is the second time Nelson has joined Sivakarthikeyan for a movie. While Nelson will next be directing Thalapathy Vijay, Sivakarthikeyan has started shooting for his next, Don, under newbie Cibi Chakravarthy. His Ayalaan, a science fiction movie is also under production.