0
SHARES
7
VIEWS
Share on FacebookShare on Twitter
Leave it to Vicky Kaushal to add a hilarious spin to a casual horse riding lesson. The actor, who is busy prepping for his fantasy film ‘The Immortal Ashwatthama’, left fans in splits when he took to Instagram to share a photo and video of himself performing a balancing act while on the horse’s back.

With his riding boots and helmet in place, the actor spent his morning goofing around by trying to balance on his horse. What brought this on you ask? “Got a little too inspired by Majnu bhai’s painting this morning,” Vicky quipped in his caption.


The painting by Anil’s character Majnu Bhai became one of the highlights of the 2007 film ‘Welcome’ and is still the subject of internet memes.


The post earned some funny reactions from Bollywood stars like Tiger Shroff, Sayani Gupta, director Shashank Kaitan, among others. 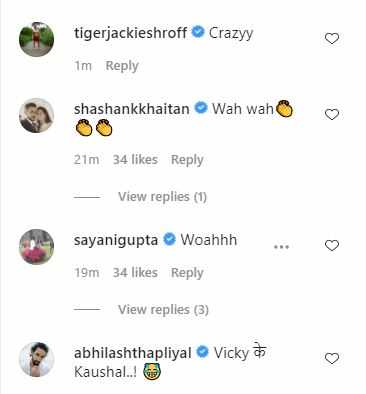 Besides learning horse riding, Vicky is also pumping iron in the gym and working hard on building his physique to play the mythological character. The film’s posters that dropped last month gave us a taste of all the action set to unfold in this epic tale, reportedly set in two timeframes.