0
SHARES
0
VIEWS
Share on FacebookShare on Twitter
Yami Gautam is happy with the way her career is going. The actress, who has been a part of a number of hit films in recent years, recently completed shooting for ‘Bhoot Police’. In a recent interview, she said that in a career spanning almost a decade, she had been through various ups and downs, but she was proud to have made it on her own. Calling her journey an exciting one, she said that she had learnt a lot over the years, both from her successes and failures. She added that there had been some hard lessons as well on the way, but she wouldn’t have it any other way. The actress said she was happy at this stage and that’s all that mattered to her.

Yami also said that for her, success wasn’t proportional to the hits that one gave in their career. Rather, she added, it was about one’s personal growth and how their work had shaped them as individuals that mattered. She said that while fame and recognition was important to many people, all she wanted to do was good work that she could look back at some day and feel proud about. Admitting that she had evolved over the years, Yami also said that she is happy with the risks she had taken in her career. 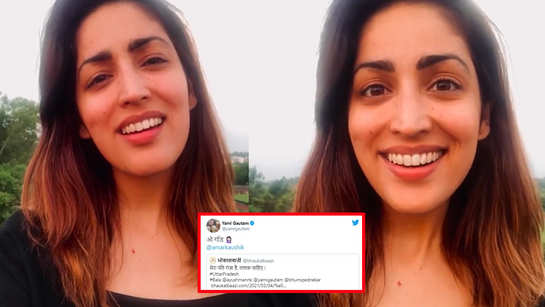 Richa Chadha says she isn’t scared to voice her opinion