0
SHARES
8
VIEWS
Share on FacebookShare on Twitter
Actress Nandhana Varma’s Facebook account recently fell prey to the hackers. The ‘Guppy’ actress has now taken to her Instagram account and conveyed the same with her fans. The young actress shared that she recently found her official Facebook account hacked. The actress also requested an excuse if they have seen any activity, including posts or comments from her handle.

“My Facebook account was hacked and I found out that just now. Any post or comment that came from my FB page is not done by me… I am receiving many calls and messages regarding this…,” she announced.

The young actress also apologized to her fans, if anyone has been hurt by some suspicious activity from her account. “I am sorry if any comment from my FB account hurted anyone. But it wasn’t done by me or my team, my FB account got hacked and I came to know about this after this incident,” Nandana Varma added in her Instagram post. 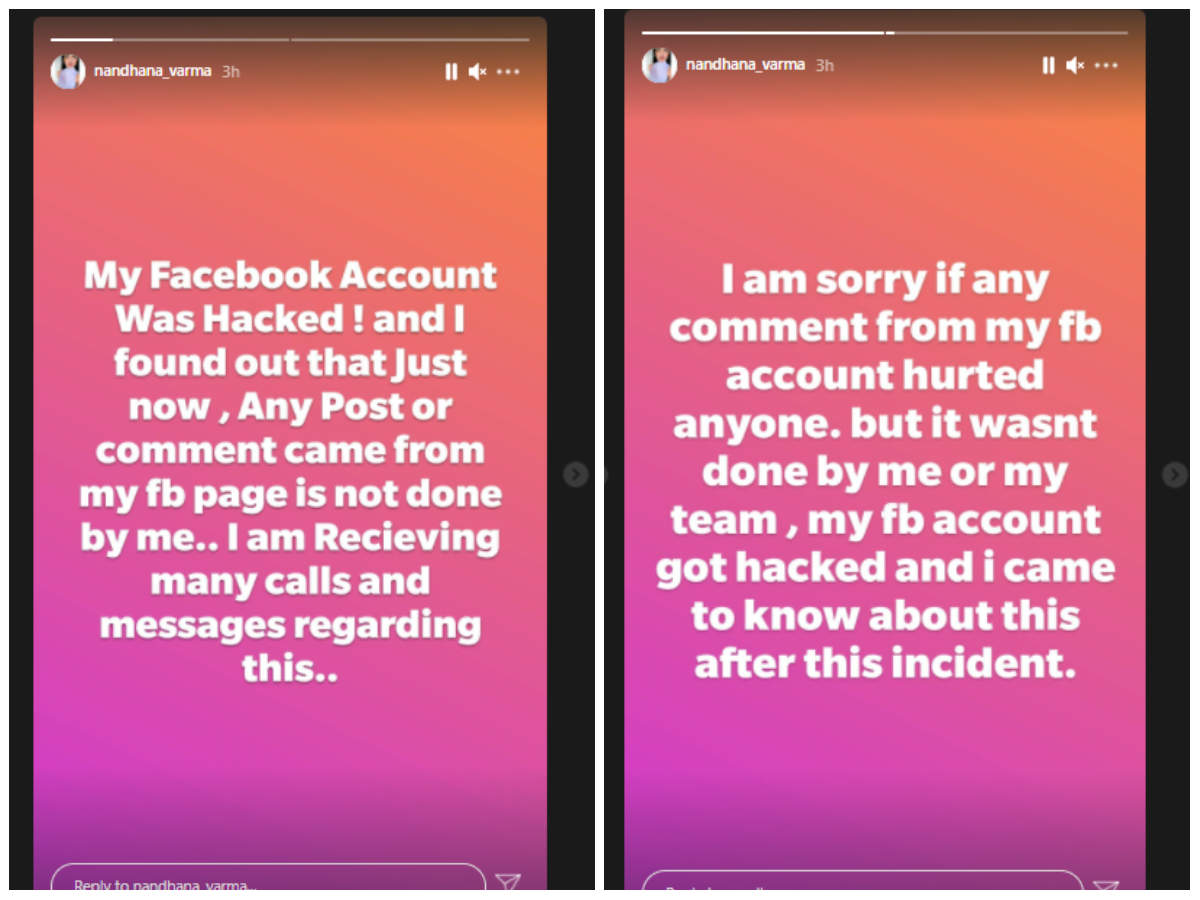 Meanwhile, Nandana Varma is best known for her appearance in the film ‘Guppy’. She played a supporting role in the film and she received huge praises for her performance. She was last seen in ‘Anjaam Pathiraa’.