0
SHARES
4
VIEWS
Share on FacebookShare on Twitter
Actor Karan Patel, it seems, has already figured out about daughter Mehr‘s ability of prioritising tasks. Going by how his one-and-a-half-year-old daughter had her eyes glued on only to the cake during the recent click session, the actor summed it up with a caption, ‘She knows what she wants and she’s focused on getting it 🤣😂 …. That’s my gal’. 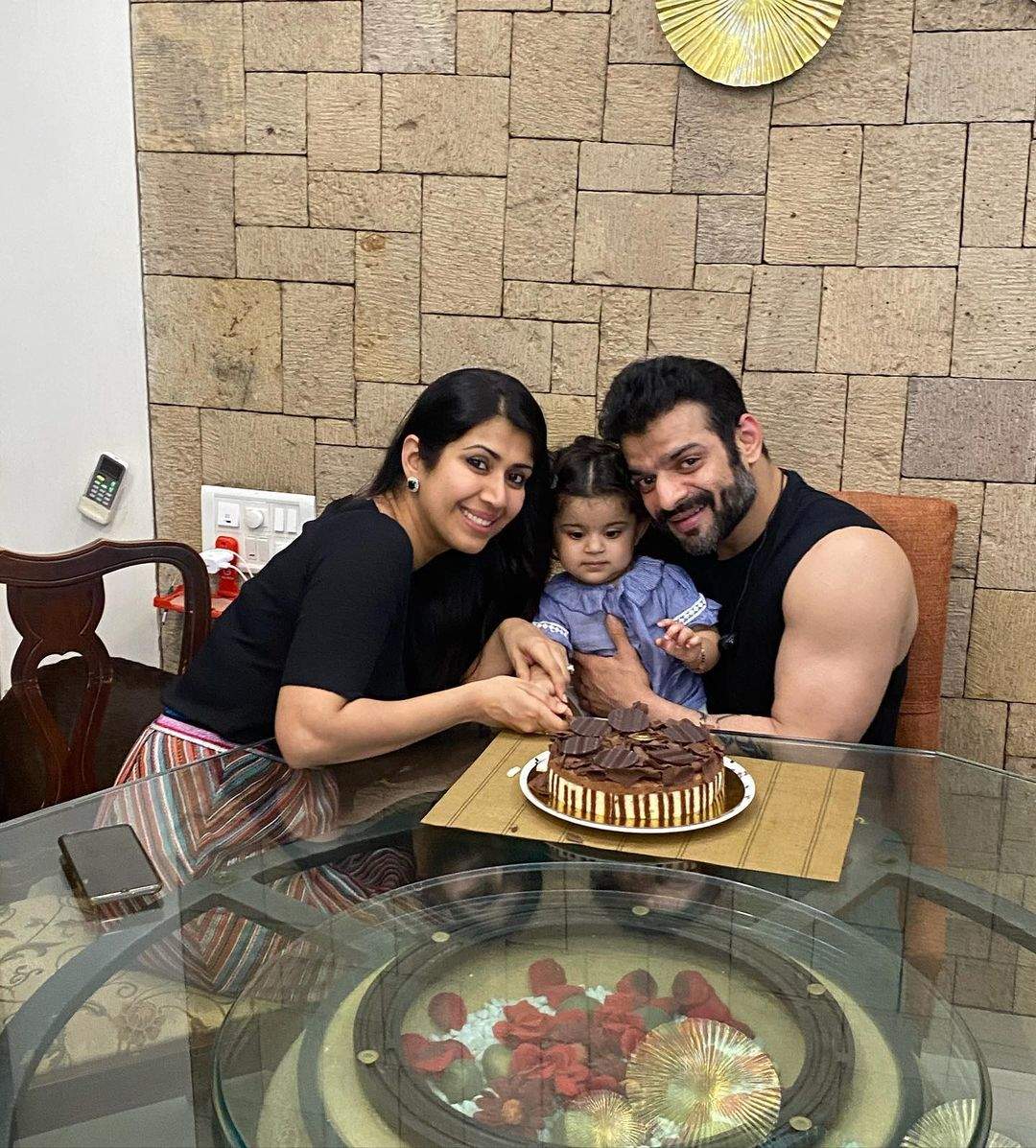 The photo from the recent cake-cutting ceremony also had his wife Ankita Bhargava, known for Sanjivani, Kasautii Zindagii Kay, etc, posing with Mehr. Patel’s post also talk about how he considers Mehr as Rabb Di Mehr (God’s blessing). While Karan and Ankita can be seen looking into the camera, Mehr remained focus on the sumptuous cake placed on the table. Later, when Karan saw the photo, he could not stop posting it online along with a catchy caption.

The Yeh Hai Mohabbatein star, Karan had recently posted another photo with Ankita to mark their sixth wedding anniversary. He wrote a detailed note to express his happiness besides how lucky he feels while being with Ankita. They got married in 2015.