0
SHARES
3
VIEWS
Share on FacebookShare on Twitter
Neetu Kapoor is an avid social media user. The actress often shares throwback pictures of her family members- Riddhima Kapoor Sahni, Ranbir Kapoor and Rishi. Recently, she gave us a glimpse of her morning with her daughter Riddhima.

In this picture, we can see the mother-daughter on a video call. Neetu captioned the post as, ”Beautiful mornings with by beautiful @riddhimakapoorsahni”. 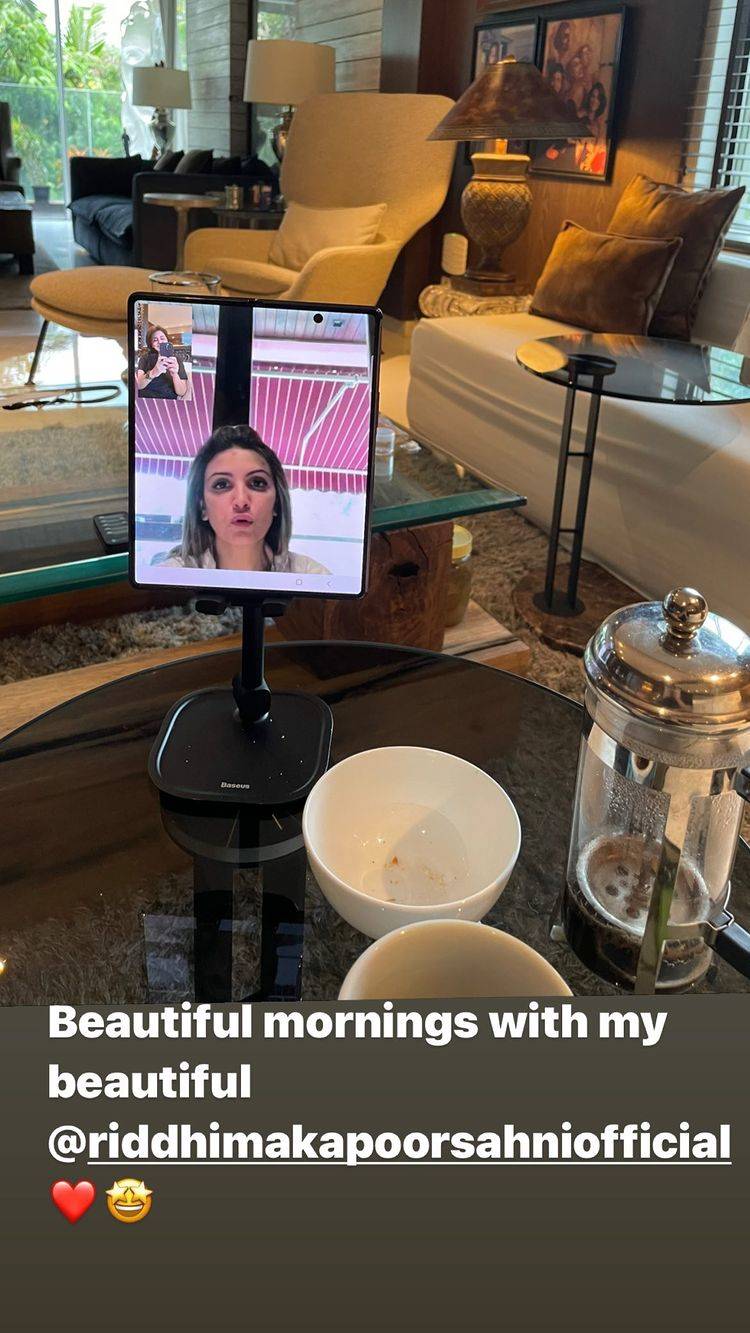 On Rishi Kapoor’s death anniversary, Neetu took to her social media handle to share a priceless throwback picture with the late actor. ”All of last year has been of grief and sadness around the world for us maybe more as we lost him .. Not a day has gone by when we have not discussed or reminisced him as he was an extension of our existence .. sometimes his wise advice:: his wise cracks : his anecdotes !! We have celebrated him all year with a smile on the lips as he will stay in our hearts forever 🌸 we have accepted life will never be the same without him !!! But life will go on …. 🙏💕💕💕🌸🌸🌸#rishikapoor”, she captioned the post.


Meanwhile, on the work front, Neetu is all set to make her comeback in ‘Jug Jugg Jeeyo’ with Varun Dhawan, Kiara Advani and Anil Kapoor.

Mallika Sherawat: I have always auditioned to get work

Mallika Sherawat: I have always auditioned to get work