Indian Idol 12: Aditya Narayan issues an apology for his ‘Alibaug’ remark, says ‘The intention was never to hurt anyone’

0
SHARES
3
VIEWS
Share on FacebookShare on Twitter
Indian Idol 12 host Aditya Narayan has issued an apology after the makers were accused of showing Maharashtra’s Alibaug town in poor light on the show.

Reportedly, the Raj Thackrey led Maharashtra Navnirman Sena (MNS) had demanded an apology from the makers. Moreover, the party had also warned the show and channel of action against them, if they failed to issue an apology on national television.

For the unversed, during the recent episode of Indian Idol, host Aditya Narayan was seen asking contestant Sawai Bhatt if he thinks he has come from Alibaug.

The singer and host took to social media and apologized to the people of Alibaug for hurting their sentiments by his comment. He wrote, “With a humble heart and folded hands I want to apologise to the people of Alibaug and everyone who has been hurt by my sentence on a recent episode of Indian Idol that I’m currently hosting. The intention was never to hurt anyone. I have immense love and respect for Alibaug. My own sentiments are connected with the place, it’s people and this soil.” 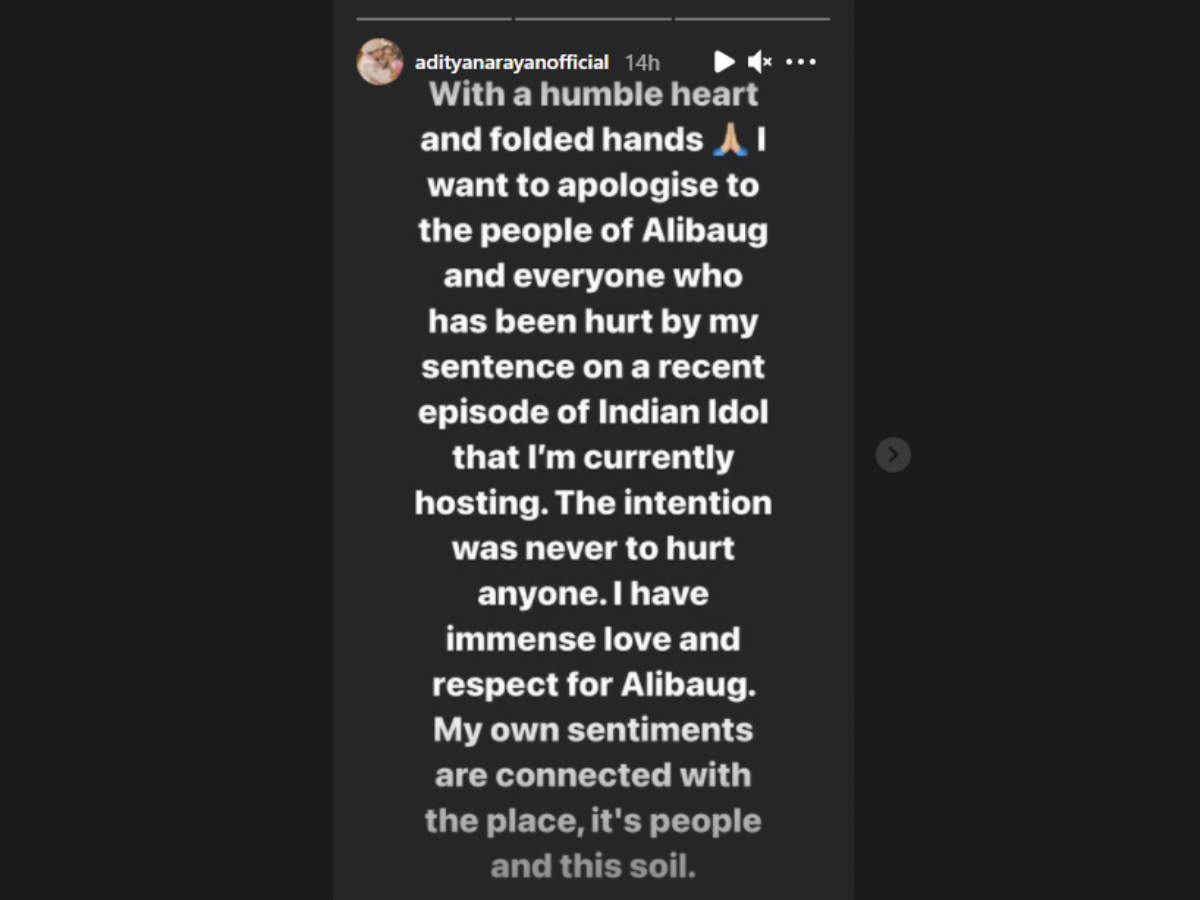 Further, the reality show’s host also shared a video with his humble apology. Watch it here:


MNS Chitrapat Sena chief Amey Khopkar stated that Aditya used the line which is a part of a street lingo used to poke fun at people of Alibaug as small-town simpletons, unused to the ways of metropolitan Mumbai.

Further, during his live session on Facebook, Amey criticized the usage of such a statement on national television. He further said that he was informed about it by MNS followers.

The party chief further shared that he had spoken to Aditya Narayan’s father Udit Narayan regarding the issue, as well as the people from the channel which hosts the show. He said, “The channel has been informed that an apology is a must in the upcoming episode or else MNS will be forced to take action.”

Earlier, MNS was miffed with Bigg Boss 14’s ‘Jaan Kumar Sanu‘ on who asked his fellow contestant to not speak in Marathi. He later apologised for the same on the show.

Meanwhile, the singing reality show has recently been in the headlines for many controversial reasons. The show has faced the wrath of the audience for multiple reasons. Moreover, the contestants and judges have also been trolled for the type of content shown in the episodes.

Rahul Vaidya to release a song dedicated to friends Aly Goni and Jasmin Bhasin; Rakhi Sawant shares she is also a part of it