Iulia Vantur has returned to her home country, Romania. The singer-actress recently shared a video, which she captioned, “It felt so good to be back to the city that raised me. Iasi Multumesc, Cat de bine mi-a fost acasa, in orasul care m-a crescut: Iasi❤. #iuliavantur #iasi #city #love #memories #green #sun #palace #palatulculturii #romania #madeinromania #travel #safe.” Given the serious and rather uncertain pandemic situation in India, Iulia probably thought it would be safer to fly back to Romania for the time being.

In a recent interview, Iulia said that she had not really planned her career in India and just went with the flow. She added that back in Romania, she was a news anchor and even dabbled in reality shows and theatre back home. The singer-actress admitted that she struggled with Hindi and hadn’t been able to learn the language although she did understand certain words and terminologies. Iulia said that despite that, she was enjoying her stint in India and trying out different things.

Calling the experience fun and memorable, she said that she was glad about the opportunities that came her way. Iulia has given vocals for ‘Seeti Maar’, a song from ‘Radhe: Your Most Wanted Bhai’, which released today. The film stars Salman Khan and Disha Patani. Talking about working with Salman, Iulia said that the actor was very hardworking and rarely took any days off. 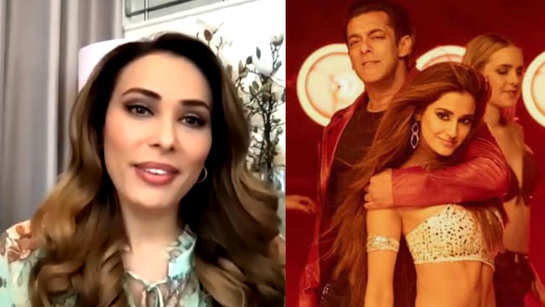