0
SHARES
2
VIEWS
Share on FacebookShare on Twitter
One of the finest actors in contemporary Telugu cinema, Junior NTR is celebrating his 38th birthday on Thursday and his mighty fan base has already dominated all social media platforms with trending hashtags like #HappyBirthdayNTR and #HappyBirthdayTarak. In an illustrious career spanning close to two decades, Tarak has created a niche for himself with his power-packed performances and dazzling dance moves that eventually credited him as the darling of the masses. While most modern-day heroes are still craving for that mass appeal, the pint-sized dynamite acquired it during his initial stages as an actor with just a few films under his belt. He is superb in acting, brilliant in dance, intense in fights, convincing in emotional scenes, and captivating in screen presence.

Before portraying the titular role of Rama in Gunasekhar’s ‘Bala Ramayanam’ as a child artist, NTR was seen as Bharata opposite his legendary grandfather in the 1991 biographical film ‘Brahmarshi Vishwamitra’. Following the footsteps of the senior, the junior made his silver screen debut as the protagonist with ‘Ninnu Choodalani’ at just 17 years of age. He roused to fame with blockbuster hits like ‘Aadi’, ‘Simhadri’, ‘Yamadonga’ and ‘Adhurs’.

After struggling with a series of failures for five long years, Tarak bounced back into top form with the stupendous success of Puri Jagannadh’s Temper. After this emotional actioner, he changed his strategy and preferred to pick content-driven films which have strong characters. Starring Kajal Aggarwal as the leading lady, Temper showcased NTR as a bad cop who transforms into a whole new level after a shocking incident. After Yamadonga, this act as Daya is by far one of his finest performances. If the dialogues helped him show his brutality, his speechless moments in the court during the final scenes showed what a fine actor he is.

On the occasion of Nandamuri Taraka Rama Rao’s 38th birthday, peep into some of his rare photos. 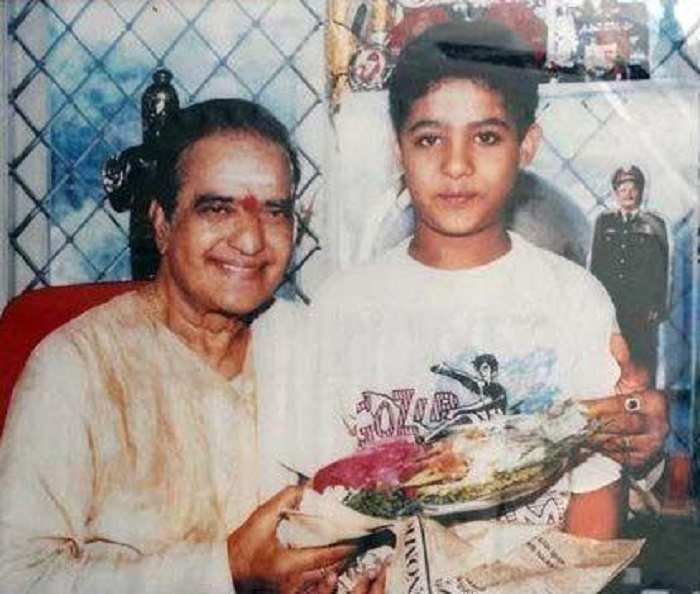 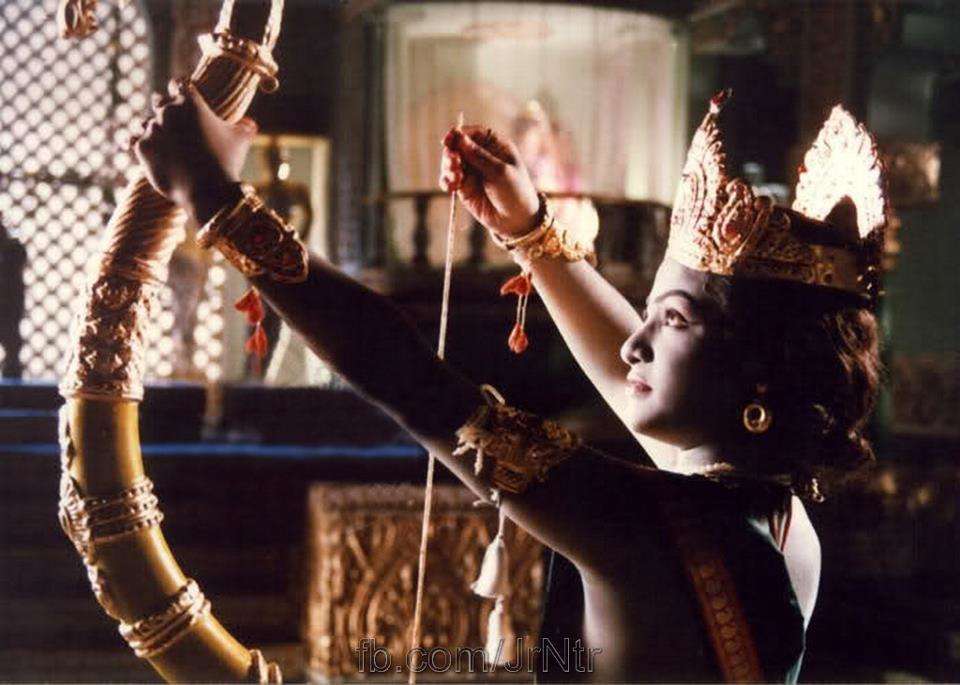 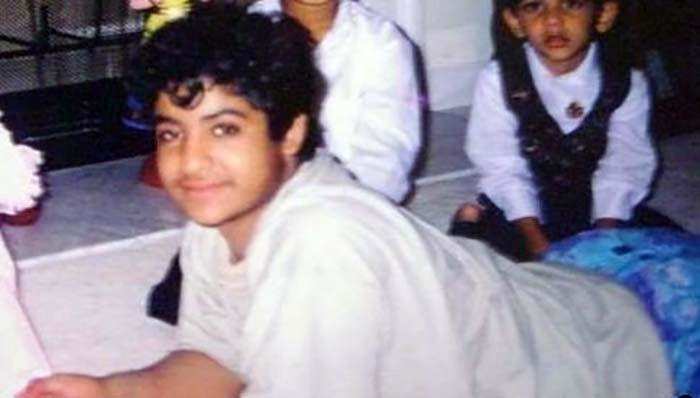 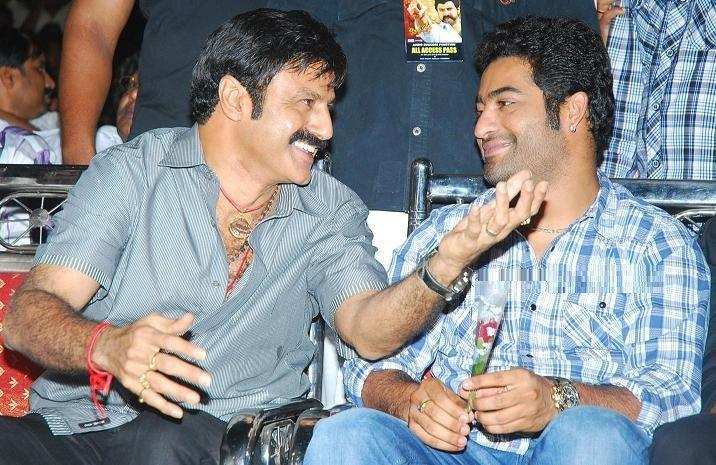 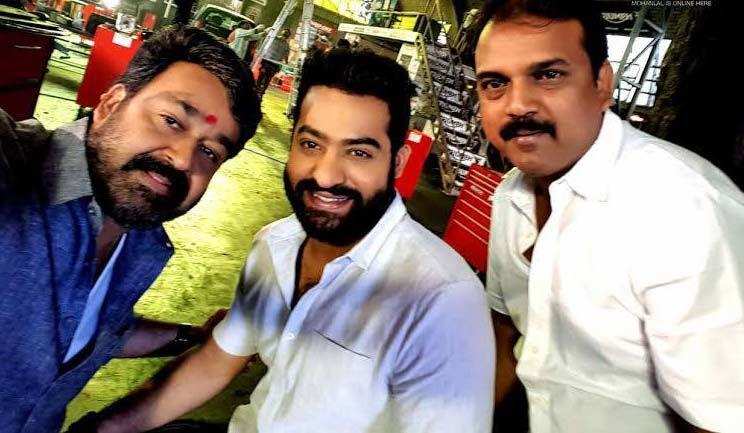 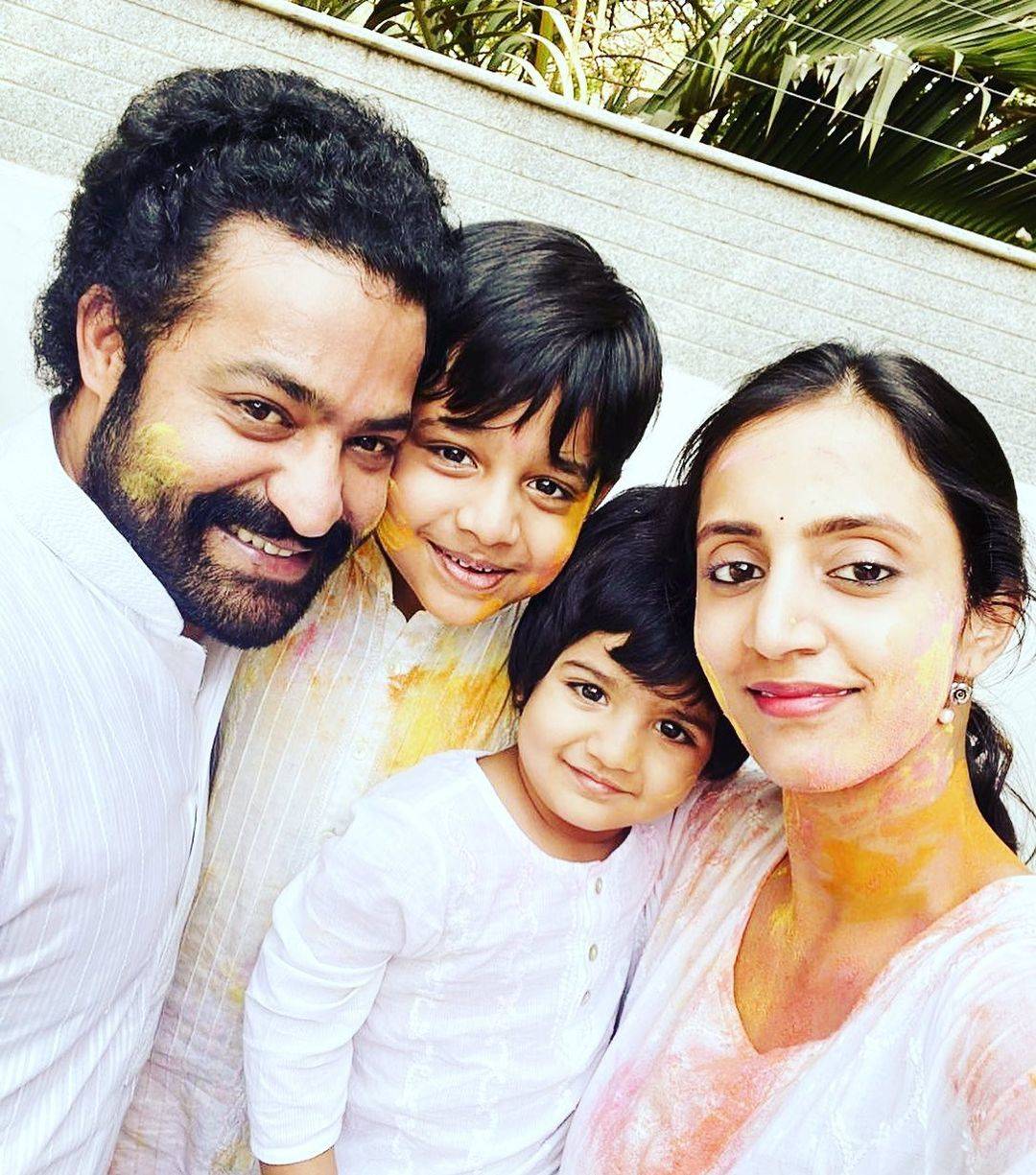 After hosting the first season of Telugu Bigg Boss in 2017, Junior NTR is all set to make a comeback to the small screen with the upcoming quiz-based reality show ‘Evaru Meelo Koteeswarulu’. Earlier titled as Meelo Evaru Koteeswarudu, the first season was hosted by Chiranjeevi and the remaining three were done by Nagarjuna. In the promo video that went viral, the Nandamuri scion looked suave and stylish in a black blazer jacket designed by Manish Malhotra. Paired with a turtleneck tee and formal pants, the brooch accessory on the shoulder catches the attention of the onlookers. While Hassan Khan and Ashwin Mawle have styled the outfit, celebrity photographer Dabboo Ratnani has clicked the posture. 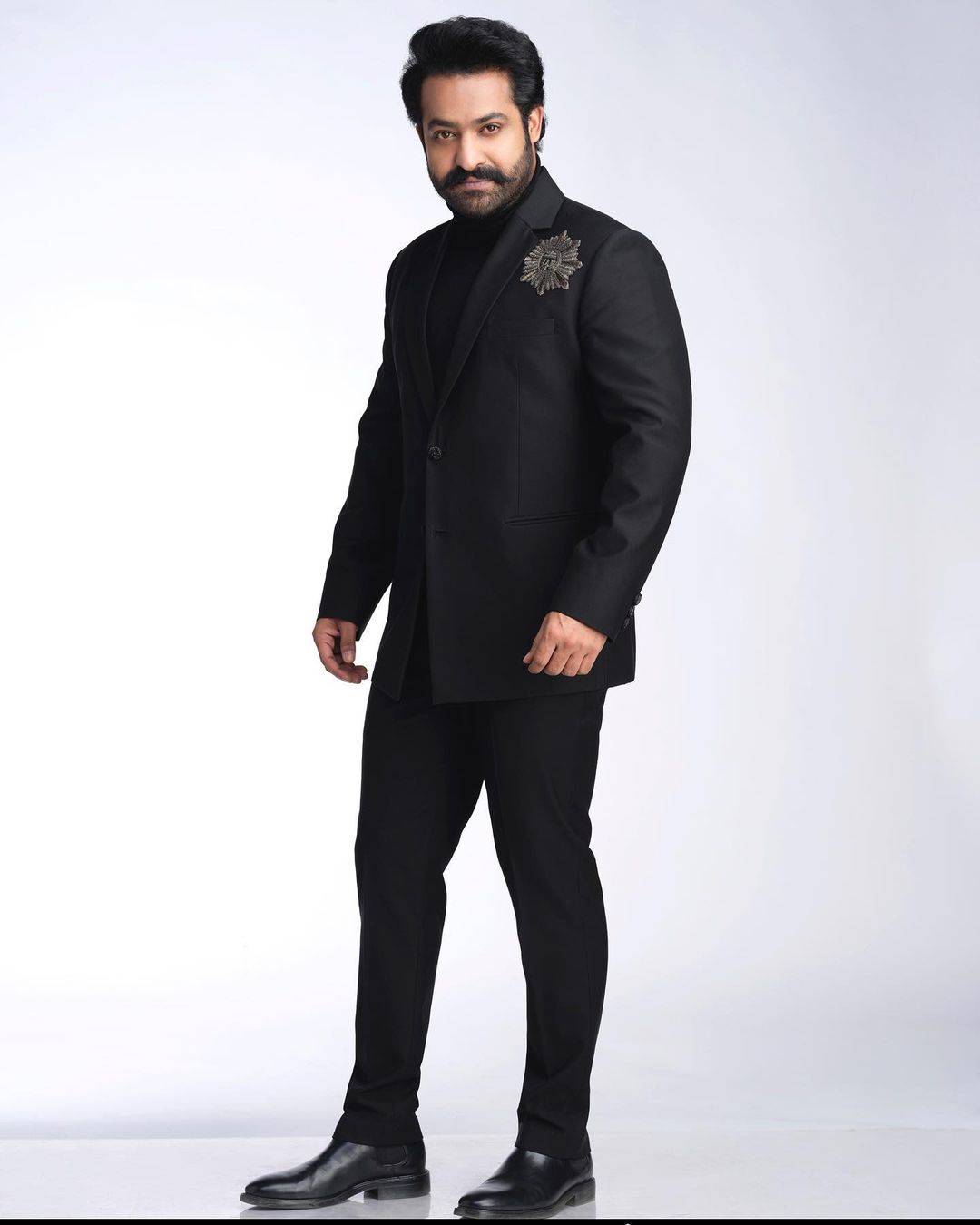 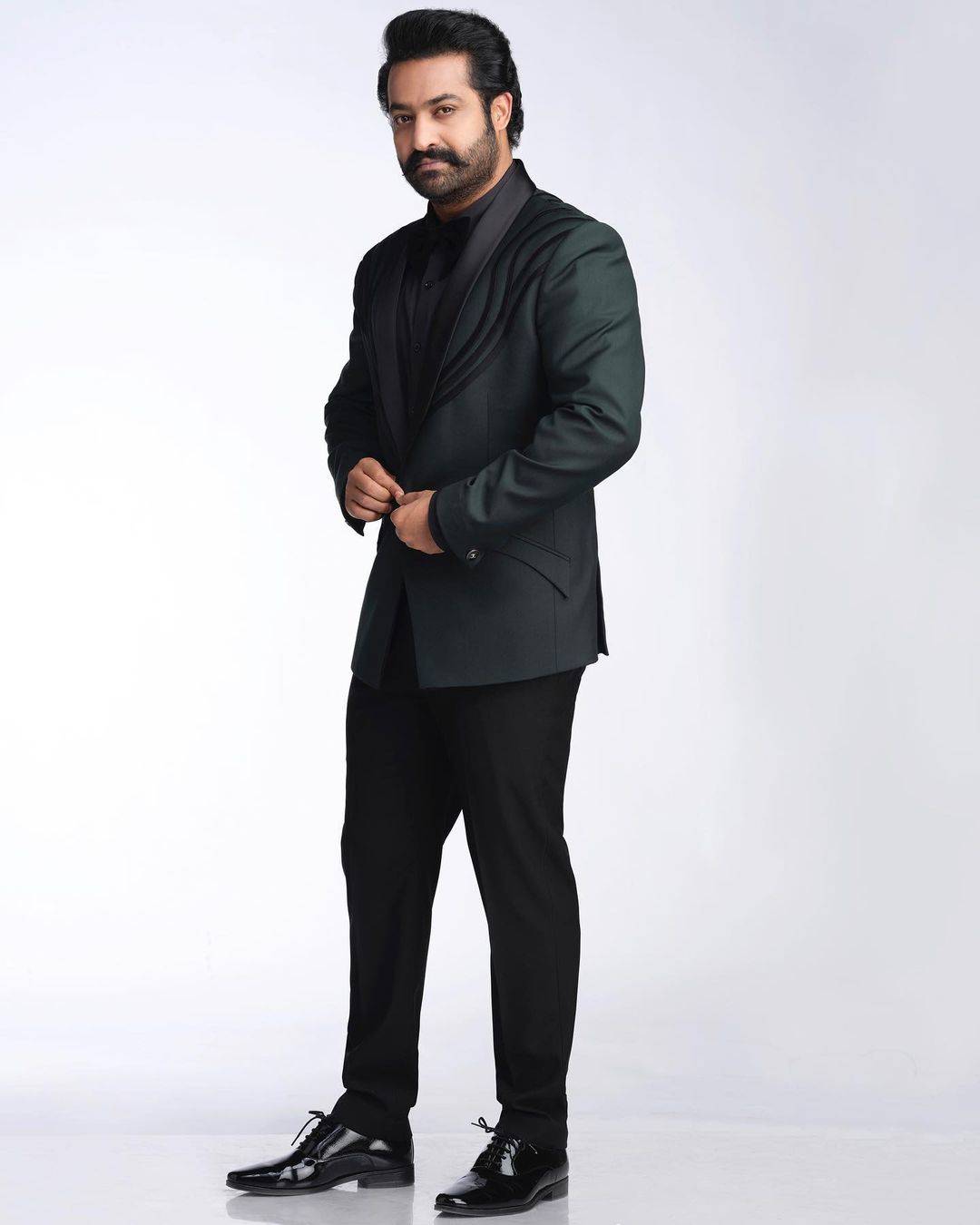 In 2020, fitness trainer Lloyd Stevens who has worked with NTR in films like Aravinda Sametha and RRR shared an unseen pic of the actor flaunting his abs and chiseled body to perfection. Shot by renowned photographer Dabboo Ratnani, NTR’s shredded look will certainly give major fitness goals to all onlookers.

On the work front, the 38-year-old actor has been occupied with RRR for over two years. Set against the pre-independence era of the 1920s, the 400 crore period-actioner is a fictional tale that hypothetically juxtaposes the journeys of Komaram Bheem and Alluri Sitarama Raju played by NTR and Charan. In the promo of ‘Ramaraju For Bheem’, the Nandamuri hero throws a javelin into the fireball and flexes his shredded muscles to join two chains from opposite sides. The clip received a phenomenal response from all quarters.

Throwback Thursday! When Mallika Sherawat gave it back to a troll who accused her of promoting rape culture