0
SHARES
3
VIEWS
Share on FacebookShare on Twitter
That Sonu Sood has become a messiah of sorts for people has been well documented over the past year. The actor has helped thousands of citizens in different ways, raised funds to help the needy and stepped up to assist those going through a tough time. As per recent reports, he is now in the process of setting up oxygen plants to prepare for the third wave that is tentatively said to hit India by October this year. The actor is reportedly in touch with companies across the world to set up the much-needed oxygen plants in various states in the country. The move comes after the deadly second wave wreaked havoc across the country.

Sonu said that there were a lot of lessons to be learnt from the current scenario and that being as prepared as possible for the third wave was the need of the hour. The actor added that he has also expanded his team, which was now reaching out to people in rural areas. He and his team have been working round the clock to help people in need.

Recently, on the occasion of Mother’s Day, Sonu shared a sweet throwback picture of himself with his mother, which got a lot of positive feedback.

Some time ago, the actor had tested positive for COVID-19 himself and shared the news on Instagram. However, he recovered in no time and went back to work. Other Bollywood celebs who tested positive include Katrina Kaif, Akshay Kumar, Vicky Kaushal, Kartik Aaryan, Govinda, Bhumi Pednekar, Ranbir Kapoor, Alia Bhatt, Paresh Rawal, Manish Malhotra and Aditya Narayan among others. 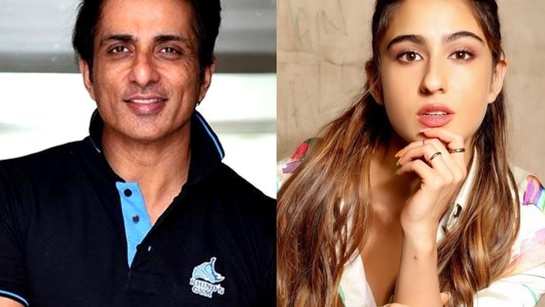 Radhe: Salman Khan and Disha Patani’s latest song ‘Zoom Zoom’ is all about romance and fun

IMPPA extends financial support to 1200 members amid the pandemic

IMPPA extends financial support to 1200 members amid the pandemic

First look of Prabhudeva’s film with Santhosh to be revealed

First look of Prabhudeva’s film with Santhosh to be revealed