Sushmita Sen asks fans to keep faith: Trust in God through it all

0
SHARES
9
VIEWS
Share on FacebookShare on Twitter
Sushmita Sen has penned a post about positivity on Instagram, asking fans to keep faith during these testing times. In an Instagram story, Sushmita Sen wrote, “Make sure you test positive for Faith. Keep your distance from Doubt, and isolate yourself from Fear. Trust in God through it all.” 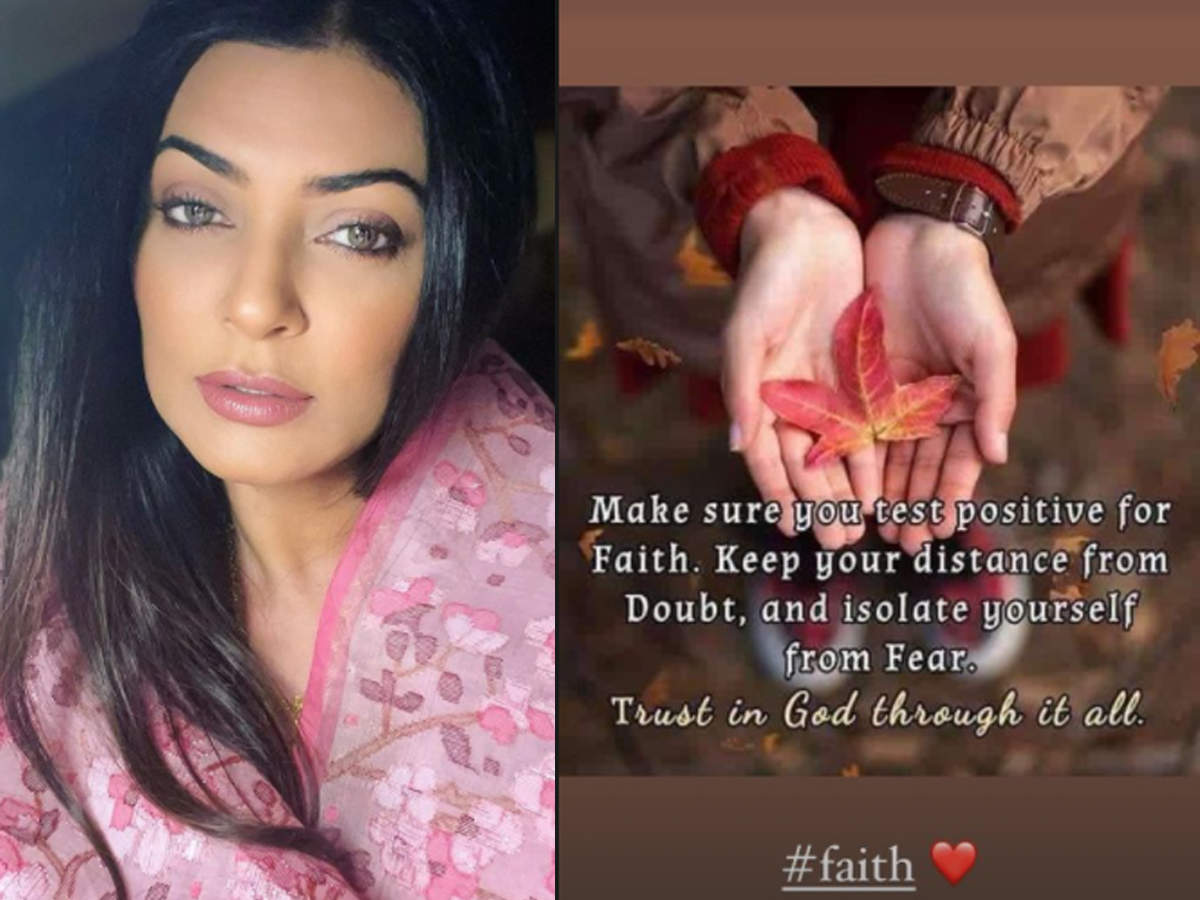 Recently Sushmita Sen’s video from 1994 went viral on the internet wherein the actress was seen penning her script for the United Nations. Dressed in a formal blazer, Sushmita shared in the video, “The most important aspect that I am looking forward to is the UN. If that works out fine then just being an active member of the UN is by itself a great job. Because now and for the rest of your life if you want you can be working for it.” Sushmita Sen’s last onscreen outing was ‘Nirbaak’, a Bengali film that released in 2015. In 2020, the actress won a lot of praise for her performance of the titular character in web series ‘Aarya’. She has been extensively working on its sequel.

On the personal front, Sushmita Sen often hits headlines for her relationship with Rohman Shawl. The duo stayed together through lockdown and entertained fans on Instagram with mushy posts and videos.

“We need more support, we need more aid, we need every form of support in the most efficient manner:” Raghav Juyal on Uttarakhand crisis