Telly Stars Talk – Rakhi Sawant on her complicated marriage and bankruptcy: “I have seen hell on earth”

by admin
in Hindi, News, TV
0
0
SHARES
3
VIEWS
Share on FacebookShare on Twitter
In an explosive video interview to Telly Stars Talk, Rakhi Sawant opens up about her husband Ritesh like never before. She also demands answers on why she’s judged so often, why she’s targetted so often. Further, Rakhi rewinds to reveal how she landed up in a financial mess which made her bank balance zero. Rakhi also spoke about Karan Johar, Salman Khan, Sohail Khan and Priya Dutt.

Is your marriage status, today A) Sorted B) Complicated C) To Be Decided?

It’s a mix of all three. But my husband Ritesh has told me that he wants to be with me. However, he isn’t able to come down in today’s times. I am waiting. I am a firm believer in Jesus Christ and I haven’t exchanged fake marriage vows with him. I can’t be sharing him with any other woman. The fact that he was married before tying the knot with me and is a father as well has jostled me. I have left the decision to him. The ball is in his court.

Why isn’t he appearing before the world? What complex is he suffering from? Can I ask you his age?

He is 37/38. I had asked him this question before marriage too. Little did I know the reason was his first marriage. But I still respect and love him from the bottom of my heart. I didn’t love him earlier, but now I do. However, now, I will decide after contemplating each and everything about him. I have taken many hasty decisions in my life. If this marriage does not sustain, I shall never marry. Having said that, I must add here that Ritesh has spent a lot on my mother and me and has promised me a flat in Mumbai.

‘Log mithai khaane ke liye aur shopping karne ke liye desperate hote hain. I was desperate to get married. My marriage with Ritesh was the outcome of another chapter in my life. A very violent guy from Gujarat was forcing me to marry him. I had gone out on a date with him to Goa where my friends had also accompanied me. I saw a video there which had him beating up someone in his farmhouse. Later, he threatened to kidnap me if I didn’t marry him.

One day I was fervently praying that God should get this aggressive man out of my life. At that point, my phone rang. It was Ritesh. I told Ritesh that he should find a good guy for me. Those days, though, it was felt that I wouldn’t make a good wife, daughter-in-law and and mother as I was very controversial. Kyun bhai? Yahan to log saalon saal jail me kaatte hain, unki bhi shaadi ho jaati hai, bachche bhi ho jaate hain. I have done no crime. We are a democracy and I reserve the right to speak my mind. Excuse me, why am I judged? Just because I dance in the industry? Don’t I pay my taxes? Anyway, Ritesh promised to help and we began talking more and more with the passing of each day. Suddenly he popped the marriage question and sent me his bank statement. Seeing that statement, I felt I must marry him as that would mark the end of my struggle. Lekin…

He didn’t turn up for our marriage. He apologised. This happened not just once. I asked him in no uncertain terms that why was he dilly-dallying our marriage. Finally, he came down to Mumbai and we tied the knot. This marriage helped me to ward off the Gujarat don. 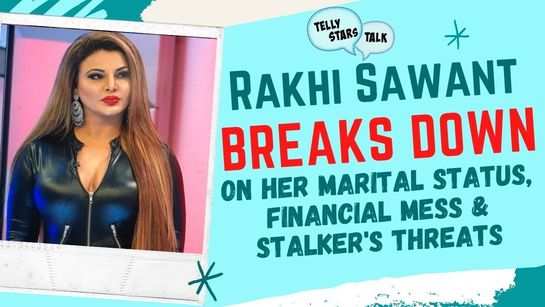 Have you met Ritesh’s wife?

No, but I have seen her photos.

Moving on to your financial crunch…

My bank balance had turned zero.

Why didn’t you raise an alarm?

I didn’t do it until my mother was diagnosed with cancer. Think of it, whom should I have called out to? I had gone bankrupt because my CA duped me. He had transferred my entire money to someone else’s account, who did not return my money to him. Later, my CA passed away. I have seen hell on earth.

During this period, did you call up filmmakers to give you work?

(Gets emotional) I did and whatever work I got, I did with honesty. I even got Bhojpuri movies. A large part of my years in the industry have gone in paying my mother’s medical bills. In fact, not just her, I have been paying for the rest of my family too. That’s exactly why I was looking out to marry a rich guy who can look after my mother.


Yes. So, I started making videos which showcased my talent. Those videos helped me to get shows.

Has your outspoken nature come in the way of making friends (in the industry)?

Yes, certain celebrities used to laugh on my face and say ‘Oh my God, Oh s**t’.

Over to ‘Bigg Boss 14′. Did you feel from Day 1 that Rubina Dilaik will be the winner?

Yes. ‘Bigg Boss’ has made many lives; it helped me too, financially. The Rs 14 lakh- and even the money I got from the spoof marriage with Deepak Kalal- helped me in my mother’s treatment.

It is strongly felt in the industry that you seek publicity…

I don’t know why that tag hasn’t left me. On the contrary, my acts aim at just comedy.

Salman Khan and Sohail Khan helped you, Karan Johar kept a tab on your mother’s health…

And yes, add Farah Khan, Vikas Gupta, Vindu Dara Singh, Aly Goni, Jasmin Bhasin, Devoleena Bhattacharjee, Rahul Vaidya. Even Priya Dutt helped. ‘Bigg Boss 14’ has changed it all for me. Ritesh and I are getting offers together. I have signed 2 reality shows. Elderly people and kids come running to me and hug me (starts crying). I couldn’t get love (Read: From a man) but jab logon ka pyar milta hai na, toh… (trails off).

Madhuri Dixit gets emotional as she recalls the time she was scolded by ‘Master Ji’ Saroj Khan for crying; watch video from Dance Deewane 3