Vetrimaaran talks about Nitish Veera in an emotional video

0
SHARES
3
VIEWS
Share on FacebookShare on Twitter
Tamil actor Nitish Veera, known for his performances in movies such as ‘Pudhupettai’ and ‘Vennila Kabadi Kuzhu’ had passed away yesterday after he was tested positive for COVID-19. He was last seen in Dhanush-starrer ‘Asuran‘ directed by Vetrimaaran and had an important role in the film. While the entire film fraternity have been expressing their condolences, director Vetrimaaran has spoken about Nitish’s demise.

In a video post, Vetrimaaran, who directed Nitish in ‘Asuran’, has spoken about the Nitish’s demise and said that he had known the actor since ‘Puthuppettai’ days. The accalimed director has revealed that he came to know about Nitish’s ill health and being admitted in the hospital. Apparently, when he enquired the doctors at the hospital about Nitish’s health, they had said that there will be improvement in a couple of day, but yesterday morning he passed away.

“I knew from the ‘Puthuppettai’ days and I was an assistant director at that time. He came to meet me after knowing through Dhanush that I was going to do a film. He had a lot of ups and downs in his career. We both had worked together only in Asuran. After Asuran, he told he was a getting a lot of opportunities and was happy about it. He said he wanted to do more movies after the success of Asuran, but his demise is a great loss to his family and friends.”

The young actor had also acted in important roles in films like Rajinikanth’s ‘Kaala’ and Dhanush’s ‘Asuran’.

Check out the full video: 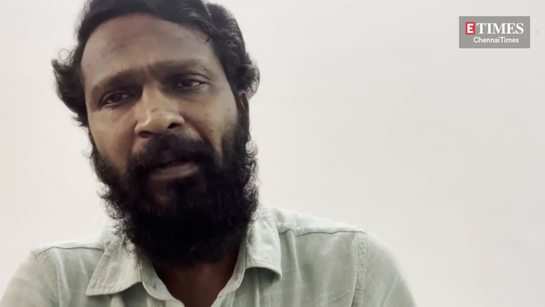