Amyra Dastur talks about her next film

Among the actresses who are easily balancing a career in Bollywood as well as the South film industry, Amyra Dastur. The actress is now gearing up for her next, ‘Bagheera’, which will see her opposite Prabhudheva. While a majority of the film has already been shot, an important song is left. In an interview recently, Amyra said that she had initially been apprehensive of matching steps with Prabhudheva given his prowess as a dancer. She said, “The team told me that they want to shoot a dance number with me and Prabhu sir. The next thing I remember is me begging my director (Adhik Ravichandran) to not make me dance with him. I feared matching dance steps with Prabhu sir who is India’s best dancer. I told my director, ‘I will ruin your song’. Prabhu sir is an exceptional dancer and everyone knows that! There is a reason he made a name for himself in that category. I think that man can move as smooth as butter.”

The number is said to be a ballroom dance one with some complicated tango moves. Amyra added, “Prabhu sir will be leading the dance and I will just be dancing along. The film will have Prabhu sir playing a psycho killer. It is a cat and mouse chase between us. It’s like his character is chasing my character and my character is trying to stay clear of him. It’s been a lot of fun shooting for the film. The scenes have been shot in an exaggerated way.” 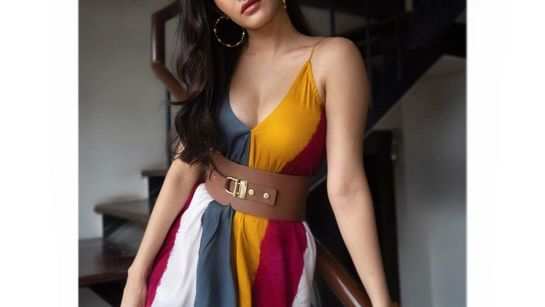