Bhumi Pednekar’s Budapest vacation will give you travel goals

0
SHARES
1
VIEWS
Share on FacebookShare on Twitter
As the world slowly inches towards some sort of normalcy, people are once again stepping out to travel. Bhumi Pednekar, who is currently vacationing in Budapest, has been sharing several pictures and videos from her relaxing sojourn on social media. From tucking into local delicacies to sightseeing, the actress has shared a number of posts on Instagram. Bhumi has been accompanied by her sister Samiksha and the siblings have been enjoying the break in the beautiful country of Hungary.

On the work front, the actress was busy shooting for ‘Raksha Bandhan’ along with Akshay Kumar after which she shot for ‘Mr Lele’ with Vicky Kaushal and Kiara Advani. She will be teaming up with Vicky for the second time after the two shared screen space in ‘Bhoot- Part One: The Haunted Ship’. After working nonstop for a few months, Bhumi took off on a much deserved vacation before she resumes shooting for her other projects. Apart from these two films, Bhumi also has ‘Badhai Do’ in her kitty. The film, which is being directed by Harshavardhan Kulkarni, will feature the actress opposite Rajkummar Rao. The much-anticipated film is a sequel to the Ayushmann Khurrana-starrer Badhaai Ho (2018), which was a massive hit. 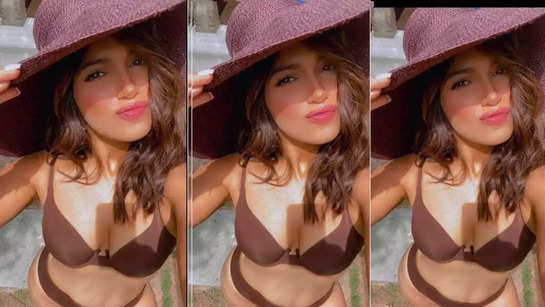