Bhuvan Arora on Sushant Singh Rajput’s death: If I had the ability, I would go back in time and stop it from happening

0
SHARES
3
VIEWS
Share on FacebookShare on Twitter
With more than a dozen films to his credits, Bhuvan Arora, who has worked in films like ‘Shuddh Desi Romance’, ‘Dedh Ishiqya‘, ‘Naam Shabana’, and the yet to be released ‘Haathi Mere Saathi’, has secured a place for himself in Bollywood. In an exclusive chat with ETimes, the Punjabi munda recalls how it was working with the late Sushant Singh Rajput and Rishi Kapoor in his debut film, among other things. Excerpts: 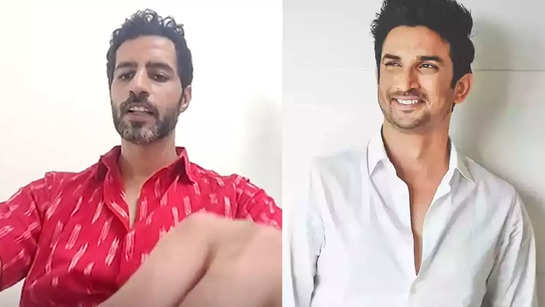 Insisting that everyone he worked with was kind to him, he added, “The late Sushant Singh Rajput and I did our first film together, ‘Shuddh Desi Romance’. In fact, I had also auditioned for ‘Kai Po Che!’ and was going to play the part that went to Amit Sadh; unfortunately, it didn’t materialise for me due to some reason. But Sushant and I became great friends”.

“Every time I take his name, something happens,” sighs Bhuvan, his voice quivering with emotions, after which he takes a pause to compose himself before continuing, “All of us–Sushant, Rishi Kapoor, Vaani Kapoor, Parineeti Chopra–used to chat. Late Rishi sir and I particularly got along with each other well, as we both are Punjabis and foodies, so we spoke about food and I thoroughly enjoyed it. ‘SDR’ is very close to my heart as first things are always special. But several actors with whom I have worked, apart from one or two, have been very kind; I got so much to learn from them. I got technical help from seasoned actors”.

When asked why SSR’s name makes him emotional, he shared, “We had a great time together. He was a very chilled-out guy. We didn’t speak to each other daily, nor did we share messages on a daily basis but we had spent quality time while shooting. We always had elaborate discussions on various topics. We both hailed from Delhi and had many common aspects; even he had achieved everything in the industry on his own. Apart from that, he used to motivate me a lot. He used to narrate so many stories that happened to him in the industry, which fortunately didn’t happen to me so far”.

Bhuvan and Sushant stayed in touch even after the film wrapped up. “You don’t need to meet a person regularly, so even if I met him once in a year, my love towards him was always the same. I got the same response from him as well, whenever we met. It’s a huge void that he has left; I still feel very heavy. And I somewhere feel that if I had the ability to do so, I would go back in time and stop it from happening”.