0
SHARES
2
VIEWS
Share on FacebookShare on Twitter
TV and film actor Raqesh Bapat, who is currently seen as one of the contestants in Bigg Boss OTT, recently had an emotional breakdown. He got emotional after he got into a verbal spat with one of the housemates Pratik Sehajpal. During their fight Pratik called Raqesh ‘spineless’ and this hurt him as Karan Johar had called him the same during the Sunday Ka Vaar episode. Raqesh was very hurt and he got emotional.

He started crying in front of Shamita, Riddhima saying that his father was an Army officer and he fought for the nation but what is he doing on the show?. He further said that he is a son of an army person and won’t fight on wrong things. Raqesh cried hard. Raqesh’s ex-wife Ridhi came out in his support and supported him for playing the game with dignity.

Raqesh’s Instagram account shared a clip, in which he can be seen saying that he won’t fight for a wrong cause as he is a son of a soldier. Now, actress Ridhi Dogra and ex-wife of Raqesh has come out in his support.


She commented on his post and shared that just being loud and twisting words is unfortunately considered entertainment. “By virtue of choosing goodness and humanity one is a winner. Being loud and twisting words and not letting people speak is unfortunately considered entertainment in this world. But there are some of us on the side of humanity. And that’s what matters! @raqeshbapat.” 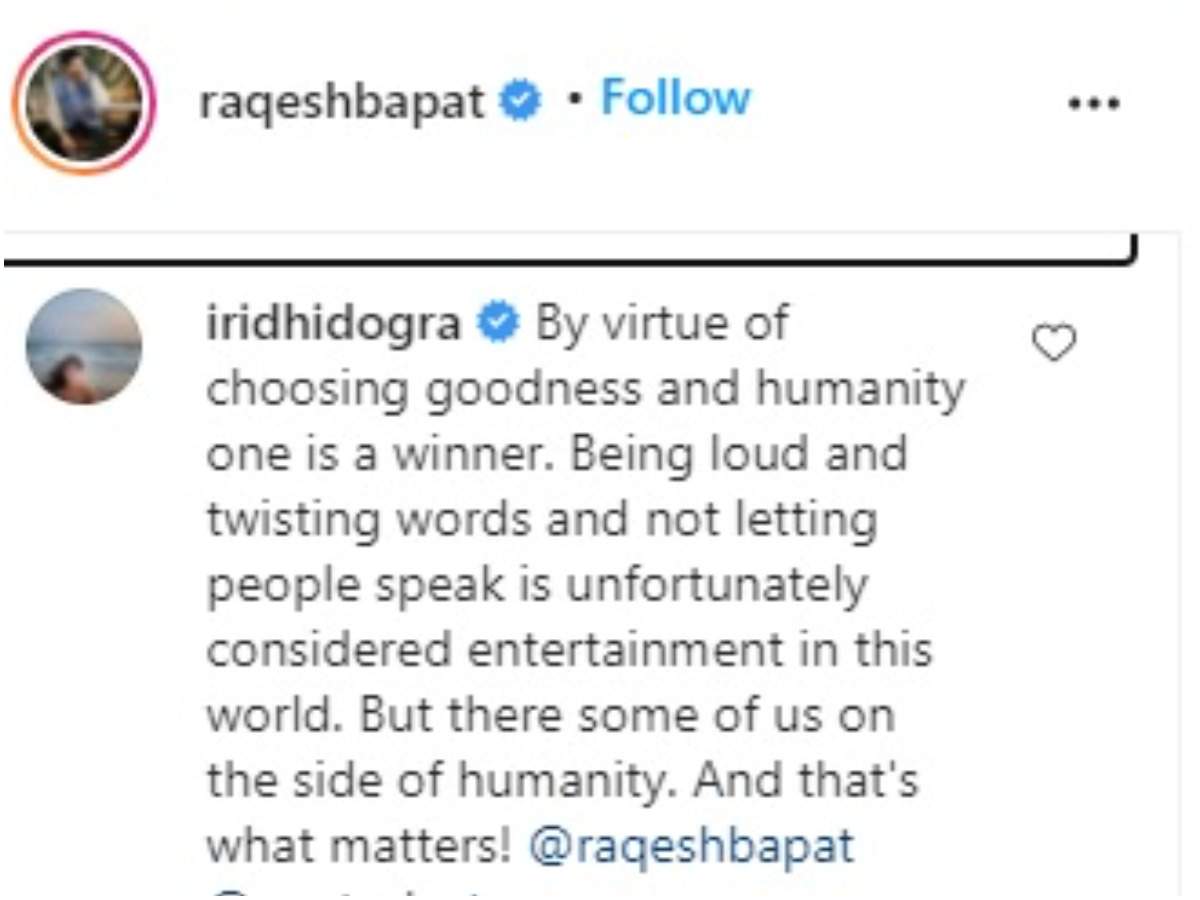 For the uninitiated, Raqesh was more hurt as Nishant, who has been his friend for 15 years, stayed silent when Pratik was calling him ‘Spineless’. The actor was seen complaining about the same to friends Shamita and Ridhima. He was heard telling them that Nishant is a very close friend and he did not expect this attitude from him. He further said that he got Nishant ahead in his life when he was not doing well.