0
SHARES
0
VIEWS
Share on FacebookShare on Twitter
Actress Shibani Dandekar, who turned a year older today, has tattooed the name of her boyfriend Farhan Akhtar on her neck. She took to social media and offered a glimpse of her new tattoo.

In the picture, Shibani’s face is not visible. Her freshly made tattoo on the neck is all things love. Sharing the picture with her fans, Shibani wrote, “Inked by the best” followed by a green heart emoji. She also got another tattoo done on her hand. She hasn’t revealed her second tattoo yet. Have a look: 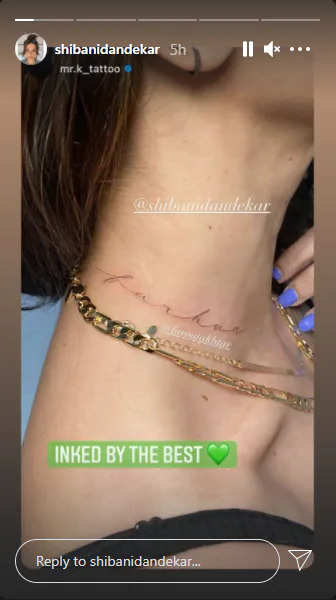 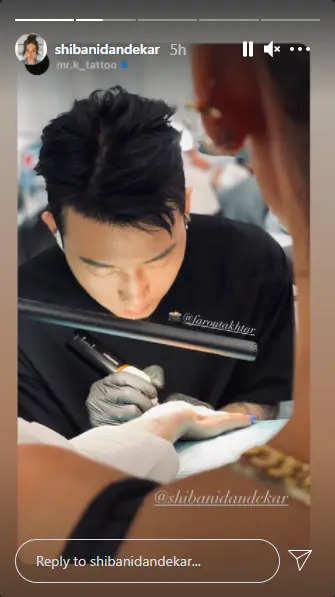 Shibani is celebrating her 42
nd birthday and as a sweet gesture, she dedicated the tattoo to her beau Farhan. On the other hand, the actor-director took to his Instagram handle and posted a mushy monochrome picture with the birthday girl. Along with the picture, he penned a sweet note. He wrote, “With all my heart


Soon after Farhan posted the picture, Hrithik Roshan was quick to drop a comment. He commented, “Happy birthday Shibani

Earlier, Shibani spoke about tying the knot with Farhan in an interview with an entertainment portal. Shibani said that everybody has been asking her the same marriage question but that topic has not come up yet. She said that she has told everyone that she will figure it out and let them know. During the interaction, she also said that the lockdown has helped them get to know each other ‘much quicker’ than they would have otherwise.

On the work front, Farhan was last seen in ‘Toofaan’ alongside Mrunal Thakur. He will be donning the director’s hat for a road trip film, ‘Jee Le Zara’ which will star Priyanka Chopra, Katrina Kaif and Alia Bhatt.