0
SHARES
1
VIEWS
Share on FacebookShare on Twitter
Shilpa Shetty has resumed the shoot of her dance reality show, Super Dancer 4 as the judge. Hina Khan came out in support of the Bollywood actress for keeping a brave face and staying committed to her work.

Hina Khan shared a post by Delhi Times of Shilpa Shetty resuming work and wrote, “You Go Gurl, Huggssss” with a heart emoji and tagged Shilpa. 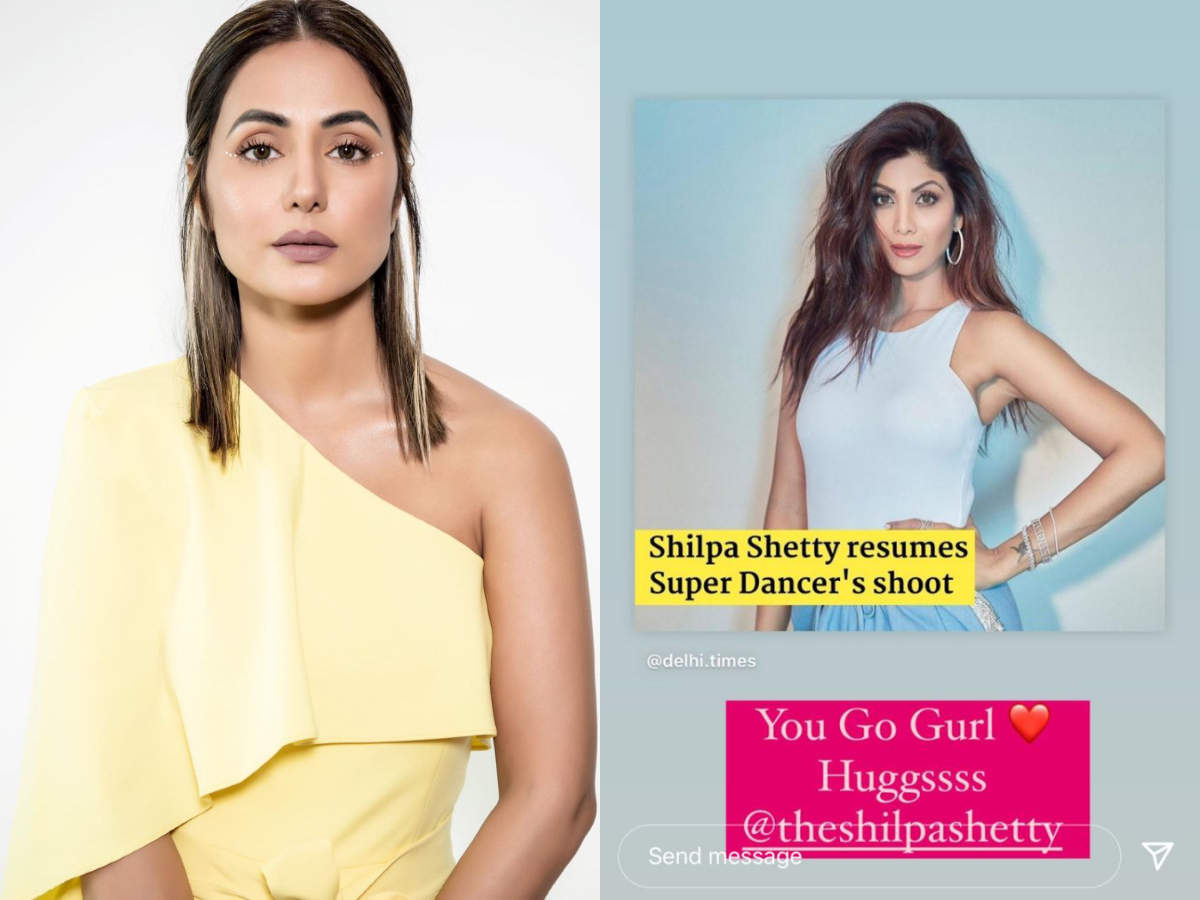 Speaking about Shilpa Shetty, she returned to work a month after her businessman-husband’s arrest (July 19) in alleged pornography case. On Wednesday, August 18, Shilpa Shetty was captured getting down from her vanity van. Dressed in a red and blue saree, she smiled and waved at the media but did not wait to interact with them.

About her resuming the shoot, a source had earlier told TOI, “Shilpa has judged the show since it started in its first season in 2016. The makers were waiting for her to return and did not want to get another celeb in her place. We are glad that she has resumed shooting. Hopefully, she will continue on the show till the end of this season.”

Shilpa had also issued a statement in between and requested everyone to respect their privacy. Shilpa’s sister Shamita Shetty, also stayed committed to her work by participating in the reality show, Bigg Boss OTT hosted by Bollywood filmmaker Karan Johar.