0
SHARES
2
VIEWS
Share on FacebookShare on Twitter
After wrapping up ‘Dhaakad’ shoot, actress Kangana Ranaut is back to the bay and has resumed work here. Earlier in the day, amid rains, the actress was spotted in the city making way towards her car. With her hair tied to a bun, Kangana was seen donning a yellow kurta teamed with a dupatta, while she waved at the cameramen. Have a look :
https://www.instagram.com/p/CStkj1_D5vQ/ 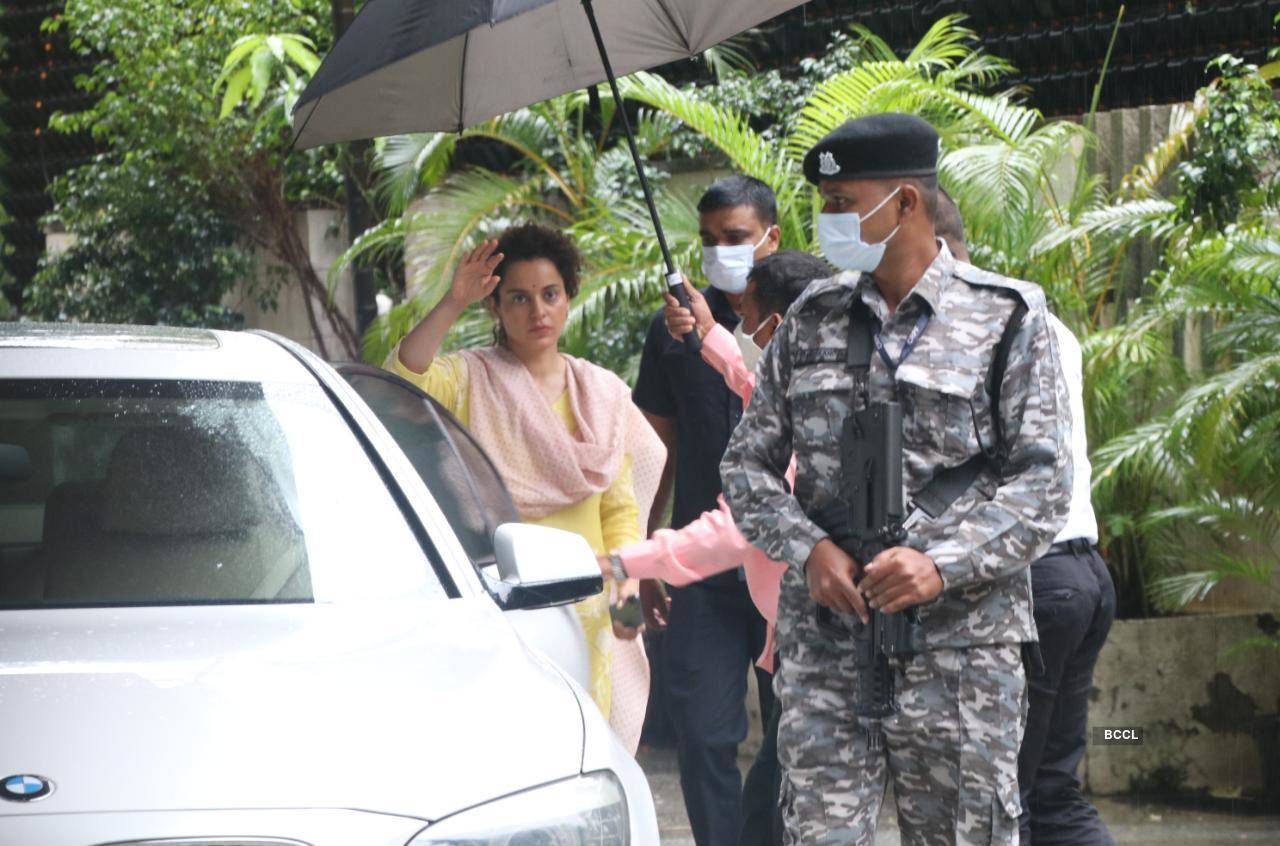 She also added, ”Took my sister’s phone to do this story, as she has my account opened on her phone as well. This is a very big international conspiracy… Unbelievable.”

‘Dhaakad’ is a spy thriller, in which Kangana will be seen essaying the role of an officer named Agent Agni. Actors Arjun Rampal and Divya Dutt are also a part of the upcoming movie. Apart from ‘Dhaakad’, Kangana also has films like ‘Thalaivi‘, ‘Tejas’ and ‘Manikarnika Returns: The Legend Of Didda’, in her kitty.

Watch: Huma Qureshi is all praise for Babita Phogat for her apt reply to ‘Tauji’ telling women to stay home