Malavika Mohanan back in Chennai for Dhanush’s ‘Maaran’

0
SHARES
1
VIEWS
Share on FacebookShare on Twitter
Actress Malavika Mohanan had been shooting in Hyderabad for Dhanush’s #D43 directed by Karthick Narean in July and flown back to Mumbai after completing her portions in the schedule. Now, the pretty actress is back in Chennai to resume shooting for the film, which has been titled ‘Maaran‘.

Produced by Sathya Jyothi films, the film has Malavika Mohan playing the female lead. It is believed that Dhanush and Malavika are both playing journalists in this film, which is said to be an emotional action thriller. Dhanush has wrapped up his portions in the Hyderabad schedule which was supposed to be the final schedule of the film. While the star actor is currently shooting for his film with Mithran Jawahar, Malavika Mohanan has resumed shooting for a few portions that needed to be shot.

Taking to Instagram stories, Malavika Mohanan shared that she is currently in Chennai with a picture of lotus and temple. She captioned the post, “Namma Chennai.” Yesterday, the pretty actress also shared a boomerang video of herself from the shooting spot of ‘Maaran’. 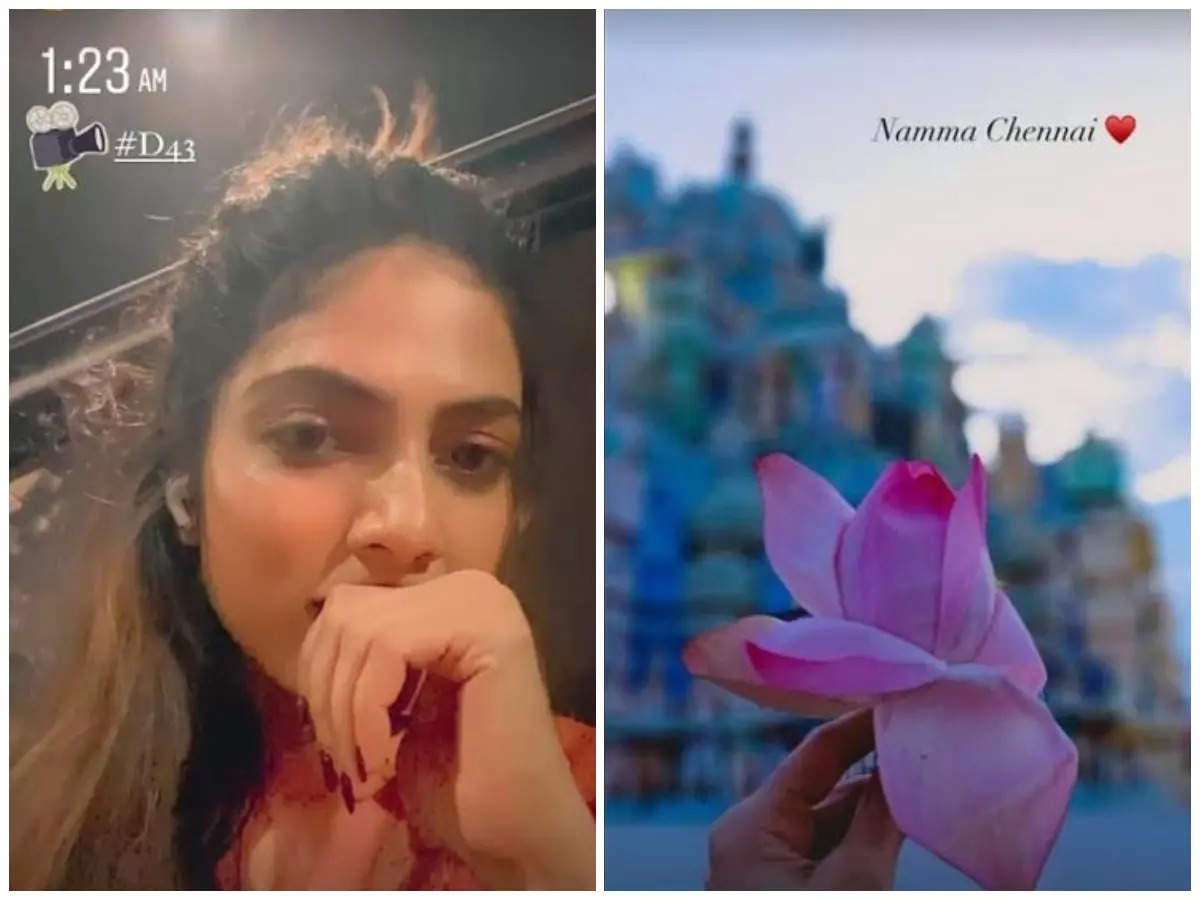 Touted to be an investigative thriller, looks like Mahendran will be playing a character with a negative shade. The film’s cast also includes Samuthirakani, Smruthi Venkat and Krishnakumar. The upcoming film is touted to be a thriller drama and GV Prakash Kumar is scoring the music, Lyricist Vivek and Karthik Naren are crafting the lyrics.

‘RC 15’: Ram Charan’s upcoming film with Shankar to kick-start with a special puja ceremony on THIS date

'RC 15': Ram Charan's upcoming film with Shankar to kick-start with a special puja ceremony on THIS date