Mumbai has given me my identity and I cannot imagine working anywhere else, says Swara Bhasker

0
SHARES
14
VIEWS
Share on FacebookShare on Twitter
They say home is where the heart is and Swara Bhasker set her heart on her dream home in 2016. However, it took her a few more years to turn this dream into reality. After living in the apartment for three years, the actress decided to overhaul it. This ensued a lot of planning, brainstorming on designs, and two lockdowns later, Swara has finally moved into her ‘new old house’. Talking about the whole process, she says, “I decided to renovate the house in 2019 and the process began in February. We stripped it down to beams and columns and redid the entire layout. Now the house is new, but it still exudes the old and familiar vibe. So, it’s my ‘new old house’.” 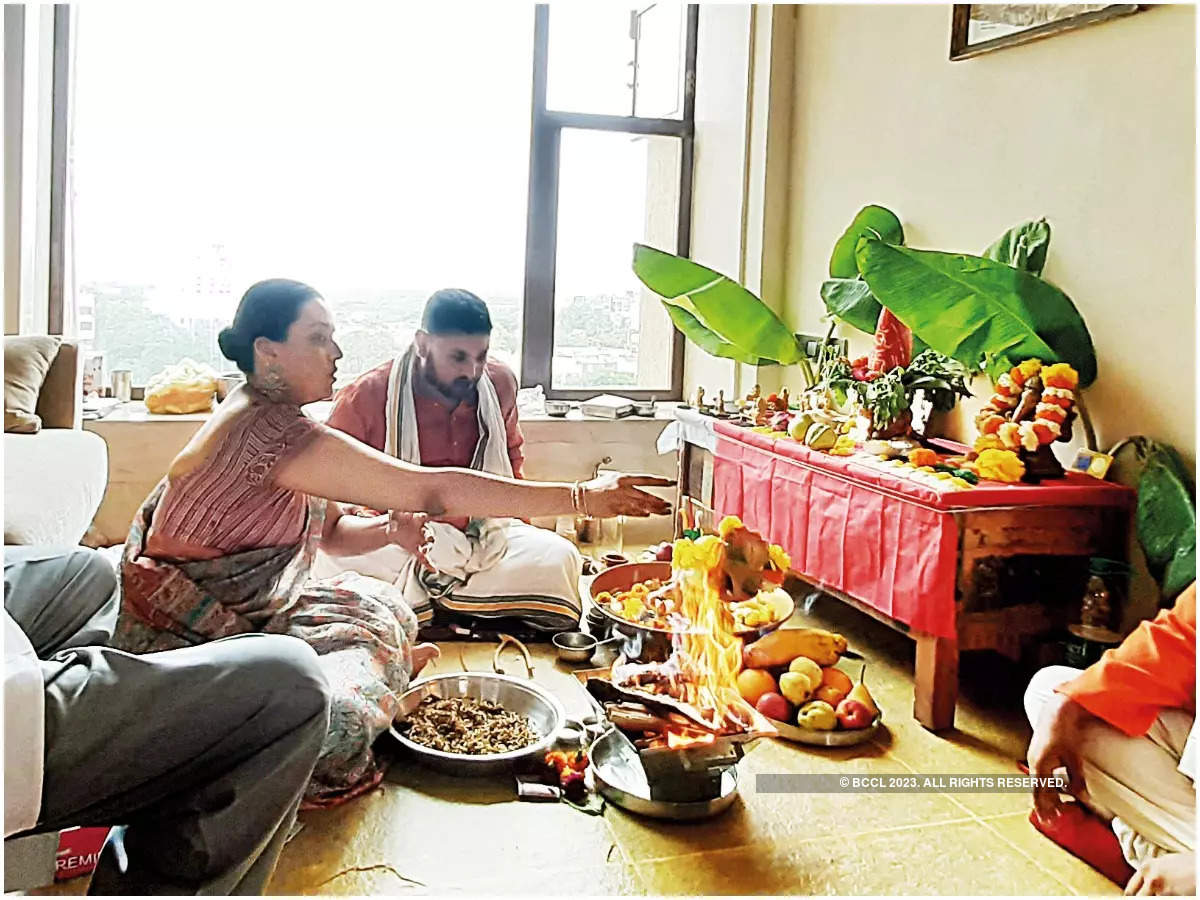 But wasn’t it too long a wait to move back to her home after over two years? Swara agrees but feels the wait was worth it. She shares, “Envisioning the new layout and designing it took time since I was also shooting. It got further delayed because the lockdown last year resulted in a six-month break, which was followed by a second lockdown in March this year. The pace of work also got affected when I went to New Delhi, my hometown. Besides, I am a control freak and need to select everything myself — from the desk knobs to bathroom fittings. And now, it looks just like I had visualised!”

The actress held a seven-hour long griha pravesh puja at her ‘new old house’.Talking about its significance, she says, “So much has changed in my life and in the world that moving back in was meaningful and special. I’ve never had a proper puja in my home. I remember every time we moved homes in my childhood, which was frequent since my dad served in the Indian Navy, my mom formalised the new abode with a puja and by boiling milk over in a manner that it spilled out of the container, which was symbolic of seeking abundance in the new home.”

Swara, who hails from New Delhi, has been living in Mumbai for more than a decade. “Mumbai has given me my identity and I cannot imagine working anywhere else. Although Delhi always felt like home because my parents live here, now I feel rooted in Mumbai, too,” she says.

Abhishek Bachchan and Meezaan Jaaferi to star in a film together?

Abhishek Bachchan and Meezaan Jaaferi to star in a film together?