My dad has stood by me like a rock: Geetika Mehandru

0
SHARES
4
VIEWS
Share on FacebookShare on Twitter
Actress Geetika Mehandru, who was part of TV shows like ‘Chotti Sarrdaarni‘ and essayed the role of Ginni in the show, says she is quite similar to her character in real life. Just like Ginni, Geetika is bubbly and close to her father and loves being called daddy’s princess.
Hailing from Chandigarh, Geetika says, “I belong to a very conservative background where girls get married in their early ages. But I am very blessed that I have got such supportive family, especially my dad. I was the first girl in my entire clan who went out of the city to follow her passion. I still remember the day when I told my family about my desire to go to Mumbai and become a fashion stylist. Without even giving a second thought, my father said go and live your dreams. Though my relatives were against the idea of granting that much liberty to a daughter, my dad didn’t listen to anyone. He only said I know my daughter and she is my pride. The only condition he had was that I would be back home whenever he asked me to return.” 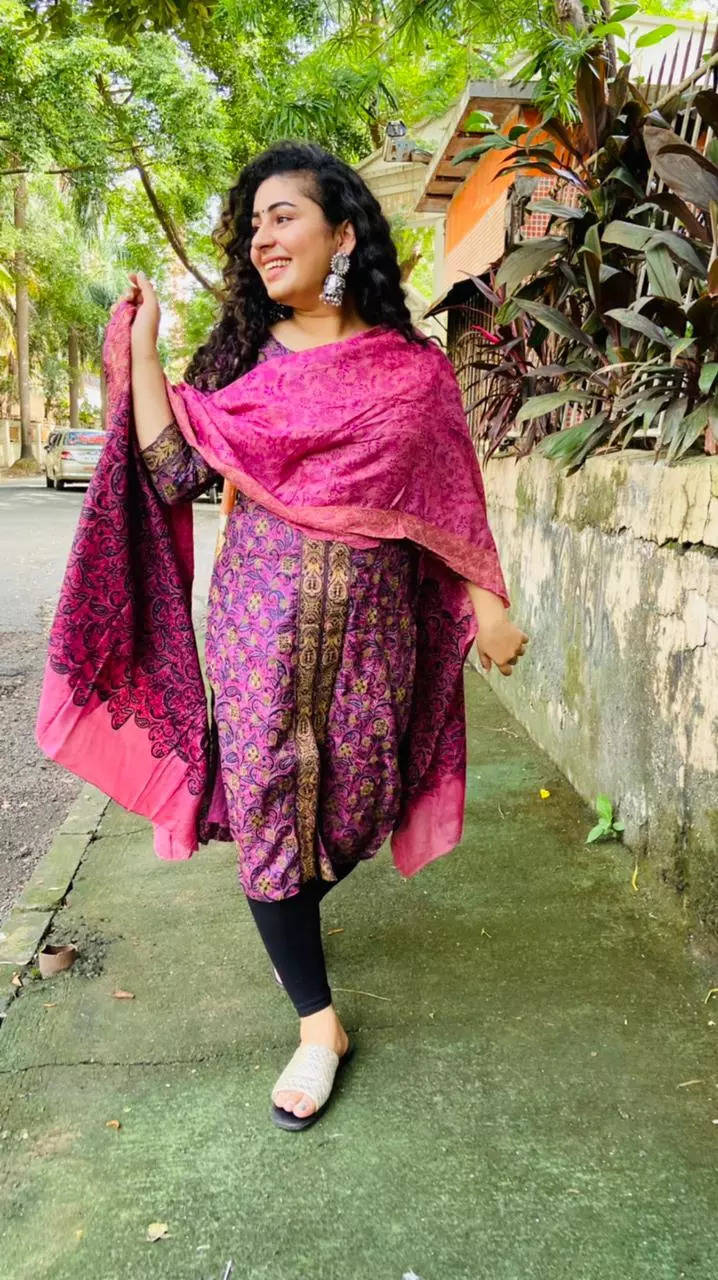 Geetika has also acted in films with ‘Kabir Singh‘ being the most prominent among them. Talking about the film, she says, “When I told my family about the movie offer in ‘Kabir Singh’, they were happy for me, though my relatives weren’t. So, due to their pressure, I had to leave Mumbai when shooting wrapped up and didn’t even attend the wrap up party. When I was back to Chandigarh I was not happy at all and my father noticed this and asked me to go back to Mumbai. My family was seeing a guy for me that time for marriage. I still remember it was night time and my father went to that boy’s home and said we can’t do this
rishta because my daughter is not happy as she wants to follow her dreams. When he came home he started packing my bags and said go and get ready as you have a flight to Mumbai in few hours. He went against all my family just for my happiness.”