With things opening up across the country, Bollywood is also looking at releasing films that have been stuck due to the second wave. Several filmmakers have announced release dates for their films and the most recent announcement is ‘KGF: Chapter 2’, which stars South star Yash along with Sanjay Dutt, Raveena Tandon, Srinidhi Shetty and Prakash Raj. The multilingual film, which has been directed by Prashanth Neel, is a sequel to the hit 2018 film. It was supposed to release this year, but will now release in theatres in April next year.

Meanwhile, Raveena has been busy with work. The actress spent a couple of months in Himachal last year after the first lockdown restrictions were lifted shooting for her first online project. She shared several pictures and videos from her time there, and her children Raasha and Ranbir even came to visit her on the sets.

In an interview earlier this year, Raveena said that her kids were coping well with studying from home. She said, “Luckily, my kids are coping well. Unfortunately, they are spending a lot of time online which I really don’t like. I wish schools would shorten the school time because my son goes at 8:30 AM in the morning and he’s online till 8:30 at night. School gets over at 4 PM but they’re making them do extracurricular activities online which, I think, is such a waste because children should take a break and do something in their own home. They’re making them do stuff like cooking classes online, no practical stuff. They’re sitting in front of a laptop and watching everything. Instead, they should tell them that this is an extracurricular activity, take a break and shut your computer, read a book and tell us what you read in that book or play a game and describe the game or go and plant a tree. I would have done that.” 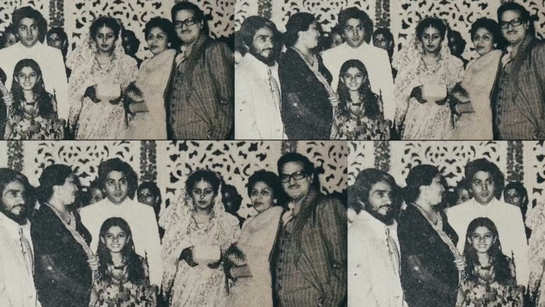 We should stop sweating about box office: Emraan Hashmi on COVID-19 impact on theatrical releases

We should stop sweating about box office: Emraan Hashmi on COVID-19 impact on theatrical releases