Sonam Kapoor Ahuja shells out major boss lady vibes as she gets clicked on the sets of an ad shoot, days after Rhea Kapoor’s wedding

0
SHARES
4
VIEWS
Share on FacebookShare on Twitter
Sonam Kapoor Ahuja recently returned from London to attend her sister Rhea Kapoor’s wedding in Mumbai. After enjoying an intimate wedding ceremony, the actress was seen stepping out in the city on Wednesday evening.

She was spotted on the sets while shooting for an advertisement. In the pictures, Sonam can be seen sporting a maroon pantsuit along with a white shirt and black heels. She has opted for a sleek middle-parted ponytail. Have a look: 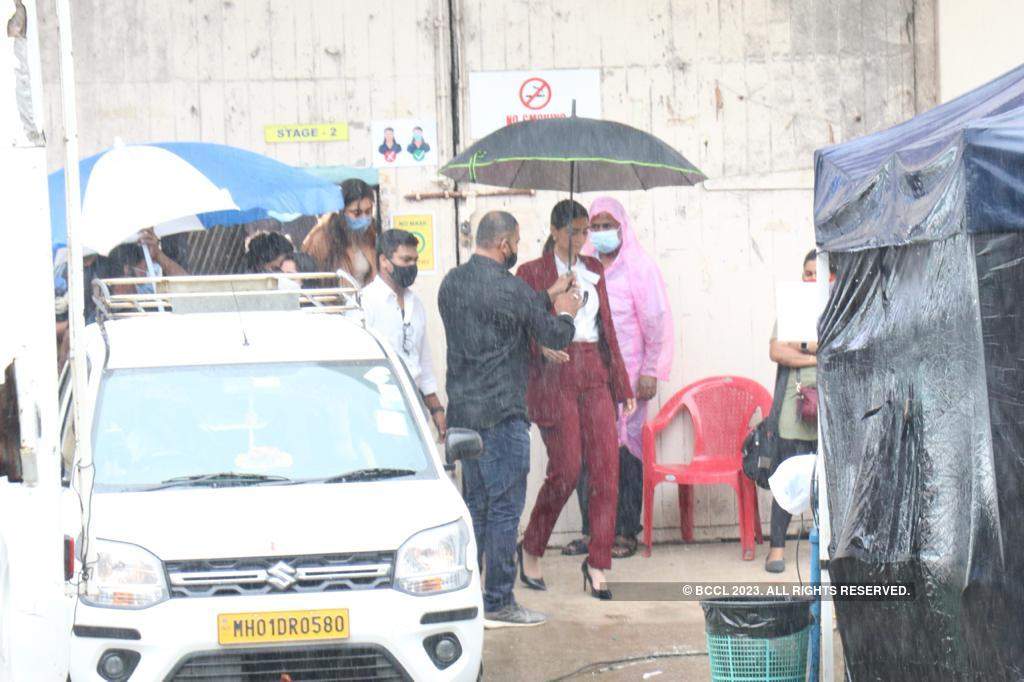 Meanwhile, Sonam was seen wearing a traditional outfit at Rhea’s wedding. Her sister tied the knot with her boyfriend Karan Boolani on Saturday. Sonam had shared a beautiful picture with Rhea along with a sweet note. She had written, “Side by side or miles apart, we sisters will always be connected by heart. Honoured to be the sister of the most beautiful bride. Love you. @rheakapoor”


She had also written a note for her brother-in-law Karan and shared a picture with him. Her post read, “You’ve always been family. Your friendship is even more important than your title of being my brother in-law. But I’m so ecstatic that you are! Love you @karanboolani”


Rhea and Karan exchanged vows in an intimate ceremony at Anil Kapoor’s residence. The wedding was attended by close friends and family members including Arjun Kapoor, Anshula, Boney, Khushi, Sanjay, Maheep, Masaba Gupta amongst others.