0
SHARES
3
VIEWS
Share on FacebookShare on Twitter
While Shanaya Kapoor gears up for her Bollywood debut, she is often seen making glamorous public appearances in town. Speaking of which, yesterday the starlet was seen making her way towards Antara Marwah’s baby shower ceremony dressed in an intricate yellow lehenga.
https://www.instagram.com/p/CSv7CAOt8RO/


Today, she treated her fans with a bunch of pictures on her Instagram handle revealing her complete look. Minutes after she posted the photos, Suhana Khan, Khushi Kapoor and Alanna Pandey acknowledged her post by dropping several hearts in comments. 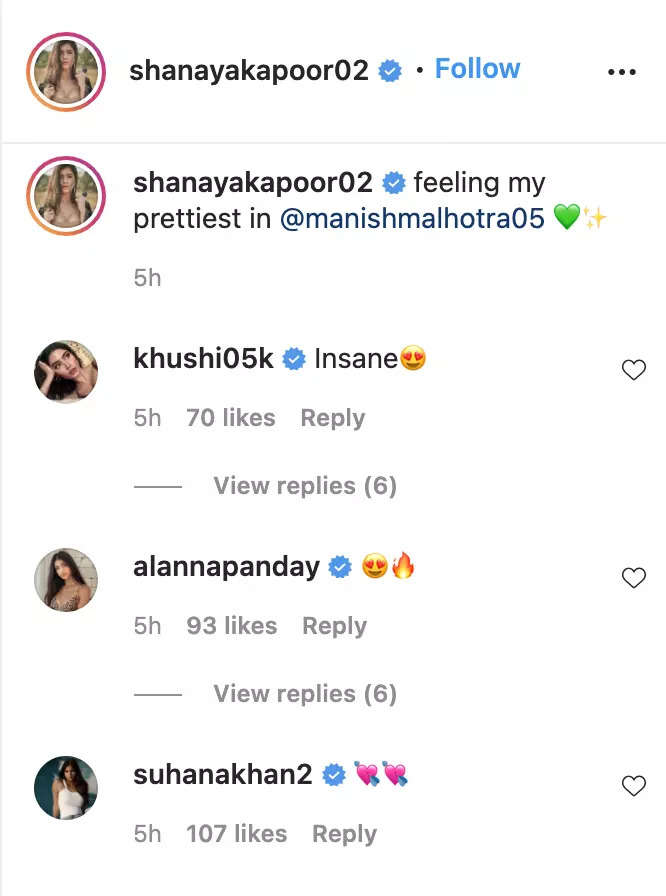 Shanaya will be making her big-screen debut in an upcoming film along with Gurfateh Pirzada and Lakshya Lalwani. Previously she has worked as an assistant director on the sets of ‘Gunjan Saxena: The Kargil Girl’, which starred her cousin Janhavi Kapoor in the lead.

I keep reading script just to get rid of my nervousness before shoot: Manoj Bajpayee