Tina Datta: I am going to visit Banjara Market every time I come to NCR now

0
SHARES
12
VIEWS
Share on FacebookShare on Twitter
“Main bahaane dhundhti hoon Delhi aane ke liye,” shared Tina Datta, during a recent quick visit to the capital. One of the reasons she keeps returning to the city is her best friend, who lives in Gurgaon. The second, she says, is that “Delhi always showers me with a lot of love”. Tina visits the city mostly for work but whenever she is here, she likes to explore. And during her recent short trip, she stumbled upon Gurgaon’s Banjara Market. Calling it her newfound love, she says, “Every time I come to Delhi now, I’ll make sure I visit this market. I bought a lot of things from there; they were not very expensive and it’s not like the quality is cheap. Had I been living in Delhi, main apne ghar ka saara furniture wahin se leti. I got a lot of modern, quirky stuff and it’s very classy. I shopped like crazy. Also, the people were so warm and nice, and the best part is they recognised me and were so excited to see me!” ‘Fans tell me, we love you as Ichcha, don’t want to see you in a monokini on social media’

Tina, who become a household name with her show Uttaran, points out that her fans still remember her as Ichcha and Meethi from the show. She says, “For an actor, it is not difficult to move on to the next character, but when you are doing a daily soap and that too for a good number of years, the character is etched in people’s hearts. And to wipe that off and accept you as a different character becomes very difficult. Even today, if I put a picture of me wearing a monokini or a bikini on my social media, people comment that ‘we love you as Ichcha, we don’t want you to wear a monokini on social media. Ichcha kaise aise kapde pehen sakti hai and all that’.”

‘There was no work for over a year during the pandemic; it hits you hard’
Talking about the way how she handles the ups and downs while working in showbiz, Tina says, “Everyone gets frustrated, but ups and downs are part of life. When the pandemic hit hard, there was no work in the market for 1.5 years, and I was at home doing nothing until I bagged some web series. So, at times, it drives you nuts. You wake up and you are like a lost puppy because your life revolves around acting. But you have to accept it gracefully, you have to have patience, and tell yourself that things will fall in place.” 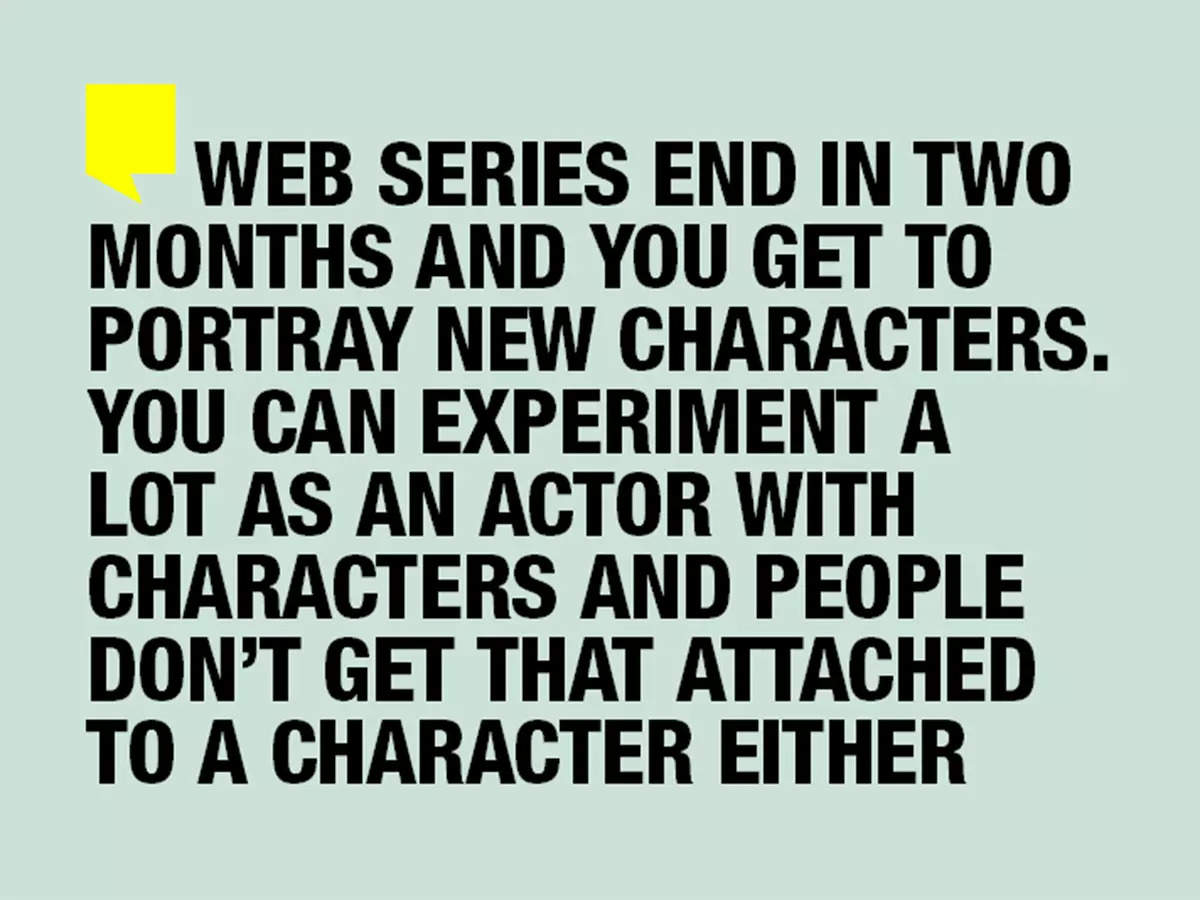 The actress says she is currently focussing on web series, but doesn’t mind taking up a project on TV whenever she comes across something exciting. “Web series end in two months and you get to portray new characters. You can experiment a lot as an actor with different characters and people don’t get that attached to a character either. My career started with TV and I will never ever say no to TV. Par character achha hona chahiye, channel achha hona chahiye, prime time hona chahiye, besides some other factors. If all that’s there, I’ll definitely give it a shot,” she shares.

Bigg Boss OTT: Divya Agarwal blocks Shamita Shetty during a task; says, ‘There’s no scope of us getting back to being friends’

Bigg Boss OTT: Divya Agarwal blocks Shamita Shetty during a task; says, 'There's no scope of us getting back to being friends'