0
SHARES
11
VIEWS
Share on FacebookShare on Twitter
Guess how Vicky Kaushal celebrated Onam? Well, the handsome hunk celebrated the special day with a get-together with an old friend, actress Malavika Mohanan. The ‘Uri’ actor dropped a sweet picture with Malavika on Saturday afternoon on his Instagram story. 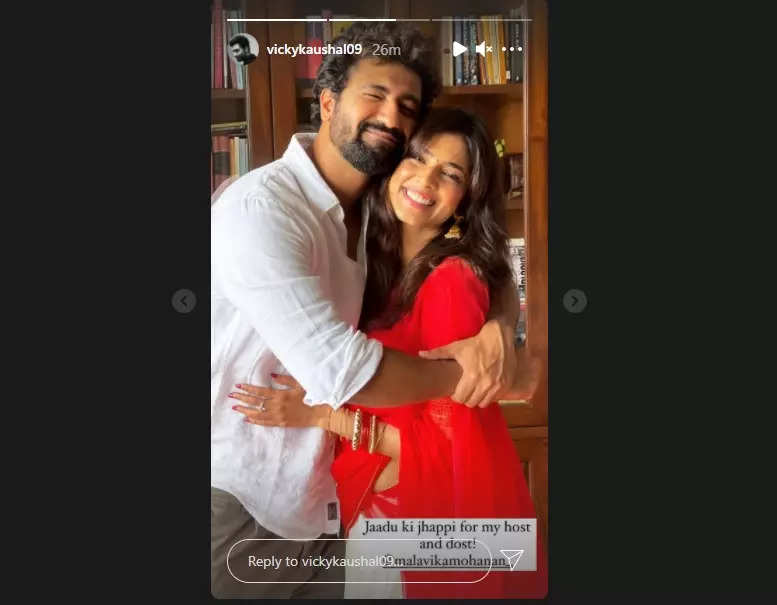 Sharing the happy picture, he wrote, “Jaadu ki jhappi for my host and dost @malavikamohanan.” The two were snapped in their joyful mood while the picture raised a few eyebrows. Incidentally, Malavika is Vicky’s rumoured ex-girlfriend and so, the latest photo led to a lot of speculation. In mid-2019, there were rumours that suggested the two were dating however, later the rumours later died down.

Interestingly, of late there have been rumours about Katrina Kaif and Vicky Kaushal’s relationship and the rumours of their Roka ceremony surfaced once again earlier this week. However, later it was confirmed that the news about the Roka ceremony had no truth in it. Much recently, the two were spotted together at the screening of ‘Shershaah’.

Meanwhile, on the work front, Vicky Kaushal forthcoming films include ‘The Immortal Ashwatthama’, ‘Sardar Udham Singh’ and Field Marshal Sam Manekshaw‘s biopic. He was last seen in ‘Bhoot Part One: The Haunted Ship’.