Kabir Bedi on need for vaccine equity: There are 26 million disabled people in India; unless they are also vaccinated, it would be a tragedy

0
SHARES
2
VIEWS
Share on FacebookShare on Twitter
Four years ago, when Kabir Bedi was signed on as the brand ambassador for Sightsavers, an international non-governmental organisation that works to treat and prevent avoidable blindness and promote equality for people with visual impairments, little had he known that by 2021, he would be working towards promoting vaccine equity, along with its other core initiatives. But then none of us could have envisioned the world as it is today–brought to its knees by an invisible virus. In such helpless times, vaccines emerged as a ray of hope.

However, while the government is doing its best to facilitate vaccination for every citizen, visually impaired individuals still have to deal with a lot of problems in getting vaccinated. It is for this reason that the NGO is trying to spread the message of vaccine equity, a campaign that Kabir terms to be ‘an extremely important one’ in an exclusive chat with ETimes. “We are living in times of the pandemic; all of us have been deeply affected by it. We all have a sense of loss now–people have lost their loved ones, jobs, office spaces–things that we were used to. The only way out is for all of us to be vaccinated. There are 26 million disabled people in India, and unless they are also vaccinated, it would be a tragedy. But there are so many who have difficulty in getting to the vaccination centres. So, our appeal to people is to look around themselves at people who aren’t capable of going to get vaccinated themselves and to take them there,” urges the actor. 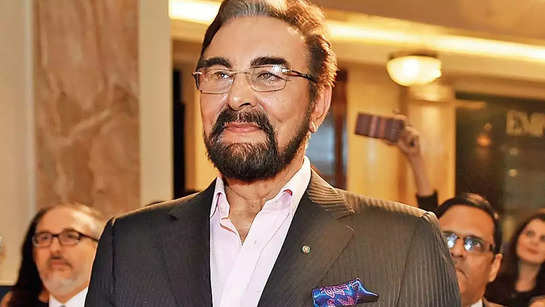 Stressing on the need for kindness, Kabir acknowledges that people have indeed risen to the occasion. “It is almost like the struggle for India’s independence. But in this collective compassion that we have, we shouldn’t leave behind the disabled,” he reiterates.

Ask him what he thinks about the manner in which the country has dealt with the pandemic, and he observes, “As a nation, we have done extremely well as far as the vaccination drive is concerned. There’s still a lot that has to be done. This is the one time we can be role models and inspire others”. Assessing the situation so far, he adds, “I think we handled the first wave of the coronavirus outbreak quite well. However, all of us got complacent and that’s when the second wave hit us. It was a double whammy–not only were we now tackling a mutated, deadlier virus, our known line of defence against it was no longer applicable. But since then, everyone woke up and even the government kicked into gear. To have vaccinated 55 crore people is huge–it’s more than the population of America. Let’s give credit where credit is due, and assign blame where it is due”.

As a parting thought, the actor further states, “I am an optimist and like to believe that even if there is a third wave, it won’t be as bad as the second wave”.

Akshay Kumar mourns the demise of Sidharth Shukla: Heartbreaking to know of such a talented life gone so soon