Sidharth Shukla passes away: Nimrat Kaur, Riteish Deshmukh, Armaan Malik and other Bollywood celebs express their shock as they mourn the loss of the actor

by admin
in Bollywood, Entertainment, Hindi, News
0
0
SHARES
4
VIEWS
Share on FacebookShare on Twitter
In a shocking turn of events, television and Bollywood actor Sidharth Shukla passed away after a massive heart attack. His death was reportedly confirmed by a Mumbai hospital.

He is survived by his mother and two sisters. “He was brought dead to the hospital some time ago,” the senior Hospital official told PTI.

The news come as a complete shocker to celebs of the television and Bollywood industry. Ever since the news broke out, many have been taking to their social media handles to express their shock and mourn the loss of the actor. Celebs like Nimrat Kaur, Vicky Kaushal, Riteish Deshmukh, Mallika Sherawat, Koena Mitra and many others have taken to their respective social media handles to share their thoughts on the sudden demise of Sidharth Shukla.

Check out some of the posts here:

Deeply shocked and disturbed by the untimely demise of Siddharth Shukla… Prayers and deepest condolences to all his… https://t.co/KqzQI4zVPk

Shocked. #SiddharthShukla I am at loss of words. Too young to go, and doing so well in his life. I mourn along with… https://t.co/Ks0ByYqxcR

Unable to process this. Rest in Peace #SidharthShukla. You were truly loved, by millions. https://t.co/Wj2E7OYF9f

This is so unfair. Gone too soon Sidharth. Rest in peace brother. You will be in our hearts forever. My deepest c… https://t.co/X5CfgPWUIU

Really sad to know about the passing away of #SiddharthShukla. I didn’t know him personally but it’s heartbreaking… https://t.co/NON5iAjkP8

May your soul rest in peace #SiddharthShukla deepest condolences to the family & friends Om shanti. 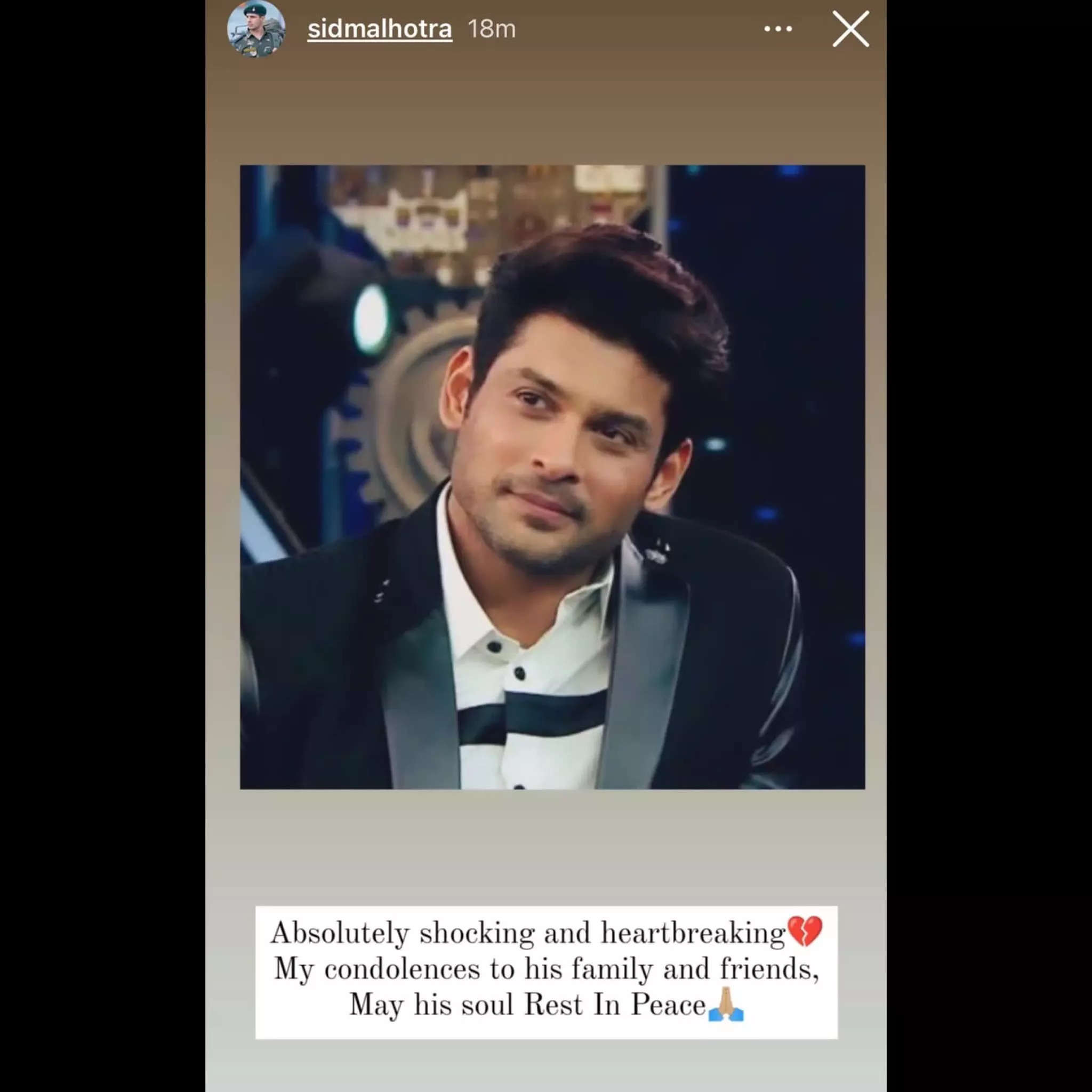 Hard to believe he is no more, my heartfelt condolences go to his family RIP my friend, u will be missed. https://t.co/B9my98mrb7 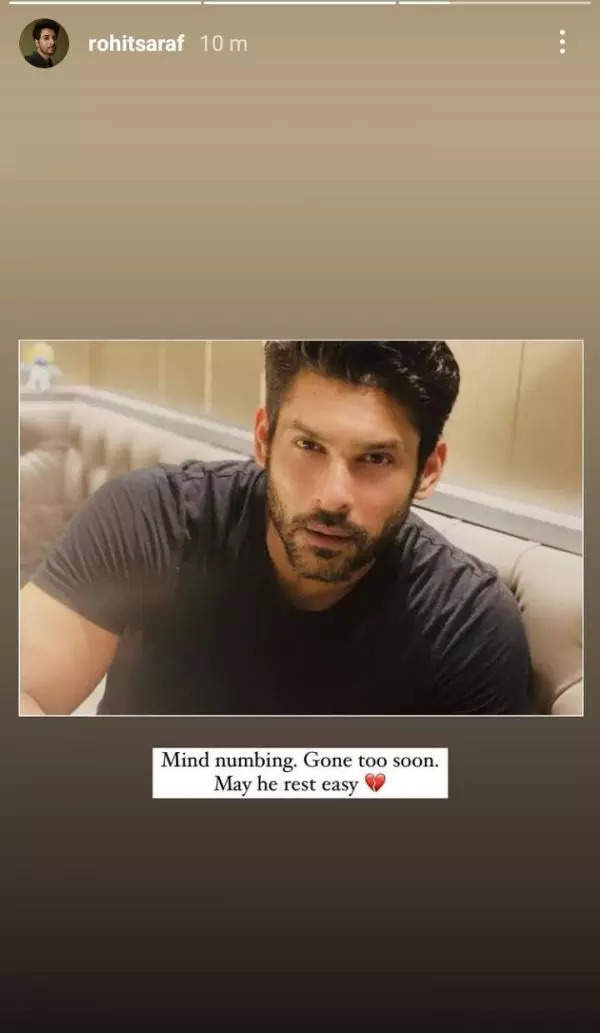 This is just such sad and shocking news and so difficult to process …. My heartfelt condolences to the family …… https://t.co/brJd1niBaF

Extremely sad and shocking news of the passing of #SiddharthShukla , life is so so fragile. My deepest condolences… https://t.co/CPNLWrJ8Kr

Heartfelt condolences to the loved ones of late Sidharth Shukla. Terribly shocking and distressing news….

Totally Numb! This is beyond shocking! Life is so unpredictable. May his soul rest in peace #SiddharthShukla https://t.co/OjvCBDXN94

I cannot process this news that I just came across. Is this true? Please no. No… #SiddharthShukla

Pls someone tell me it’s not true.. Can not believe it #SiddharthShukla

Gone too soon #SiddharthShukla May your soul rest in peace shocked

Very, very sad. No age to have a heart attack. No age to go. https://t.co/isUxUrhbdw

Really heart breaking to hear about #SiddharthShukla prayers & strength to his family.

Apart from being a popular personality on television, Siddharth also featured in a few movies which included, ‘Humpty Sharma Ki Dulhania’. The film starred Varun Dhawan and Alia Bhatt in lead roles. Sidharth played the role of an NRI named Angad Bedi in the film.

Kim Sharma snapped with rumoured boyfriend Leander Paes as they hit the gym together, see pics